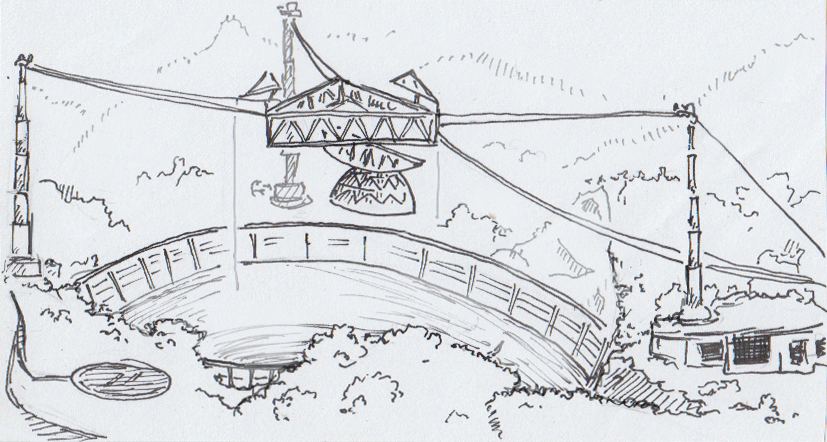 Debating If It’s Time for Earthlings to Speak Up

There are a number of projects on Earth that are searching and listening for signs of intelligent life elsewhere in the galaxy. But there has been some recent debate about if that’s really enough, or if we should work on broadcasting an invitation to potential deep-space visitors as well.

This is not to say that we’ve never sent signals into space. In 1974 a transmission was sent from a radio telescope towards the constellation Hercules. And throughout the last century, our radio and tv broadcasts have unavoidably been sent into space as well, although those signals weren’t very strong, and are becoming less common thanks to the rise of cable and cell phones. And besides, is that really the first impression we’d like to make?

What’s being proposed now is similar to the 1974 transmission. Using existing radio telescopes, like the Arecibo Observatory, we could send powerful signals into space without needing to build new tools or infrastructure. The debate then, is about whether or not we want to.

The range of possible responses from alien life to a radio “invitation” is hard to predict, which is basically what the concern is. Any possible visitors would most likely be more technologically advanced than us if they could successfully decode our message and then make the journey to earth, which could mean that we would be at a disadvantage militarily if the relationship turned out to be hostile.

We’d also, as a species, need to think about what we’d hope this kind of contact to do for us. Why are we looking for new life? How would we like to interact with that life once contact had been established. Many people are saying that we should think hard on these questions before we start handing out our address to strangers outside our solar system.

Source: Instead of Waiting for E.T. to Phone, Let’s Call E.T. by Nadia Drake, No Place Like Home