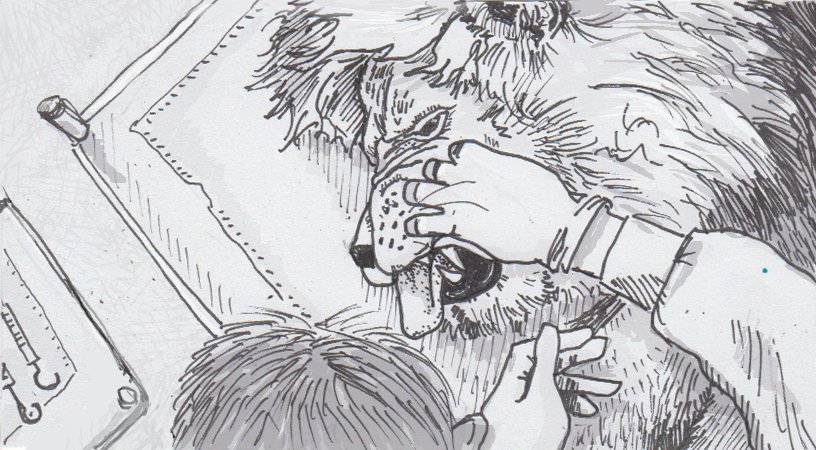 Peter Emily started his unusual career decades ago looking at x-rays of puppy teeth. He had studied human dentistry in the Air Force, but eventually found himself at the forefront of veterinary tooth care. Zoos, circuses and nature preserves wanted his help, letting him now, at age 82, being able to claim that he’s operated on “everything with a mouth.”

A key to Emily’s prominence in this field was was the extra care and effort he put into his work. Early in his career, he was asked by the Denver zoo to help a hyena with a fractured tooth. At this time in the 1970s, veterinary dentistry only had cleaning or removal as possible prescriptions. Emily went the extra mile, creating his own tools appropriate for this special patient, and then performing a root canal instead of just a basic extraction.

Over the years, he’s expanded his scope, even helping animals without teeth, such as when he dabbled as an avian orthodontist, realigning an owl’s beak. He’s written textbooks, advised on products, and in 2005 started the Peter Emily International Veterinary Dental Foundation. The Foundation helps fund the care of animals around the word, with lots of contact with sanctuaries like the Wild Animal Sanctuary in Colorado.

My kindergartner asked: Does he work on regular house cats? It wasn’t explicitly stated, and while animals as small as black-footed ferrets were fitted with a gold tooth, I’m assuming that a regular vet would probably handle animals so commonly in need of care.

Source: The Lion Dentist by Alex Halperin, The New Yorker