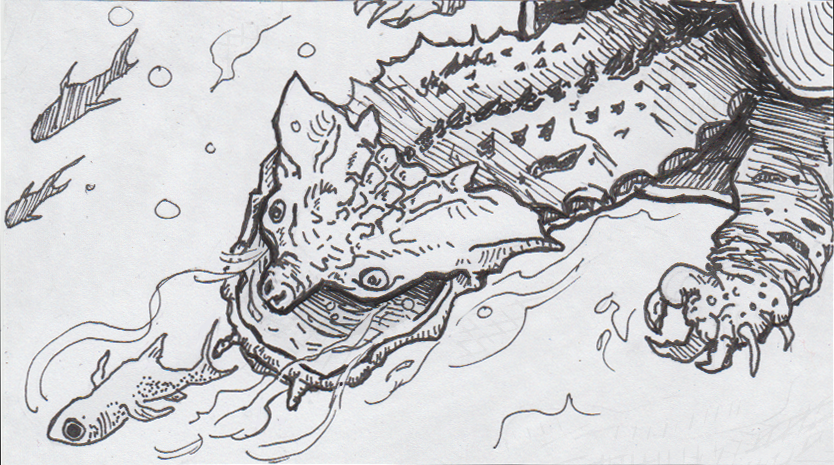 A floating bone of many uses

Behind many animals’ jawbone, near the fourth neck vertebra, is a small, U-shaped bone called the hyoid. It’s held in place only by soft-tissue, but it acts as an anchor on that same tissue. Beyond that, it’s purpose depends varies depending on the species you’re looking at.

In humans, the hyoid is seen as critical to verbal communication. It adds a layer of control and sophistication to the complicated process of shaping the air we exhale to sound like speech. Just how critical has been the point of some debate though— in Neanderthals, the hyoid was much thinner, and some anthropologists think that it would not have been robust enough to let them say the “i,” “a,” and “u” sounds common to many languages. Others disagree, and say that any deficiency with the hyoid could have been overcome with proper use of tongue, jaw and lips. While this remains inconclusive, it’s only one end of the spectrum for how hyoids are used.

Since the bone has been around for over 375 million years, originally starting out as a gill arch in fish, most vertebrates have them, even if they’re not worrying about pronouncing their vowels. For instance, the bizarre looking Mata Mata turtle uses its hyoid to create powerful suction into its mouth, allowing it to vacuum small fish. The suction is so strong that the turtle doesn’t need to bite or chew, swallowing the fish whole (presumably with help from papillae in their throat?)

Other variations include acting as a bony support for tongues in birds to being pneumatized in the howler monkey Alouatta, presumably to achieve better reverb (but maybe not with their “a,” “i,” or “u” sounds?)