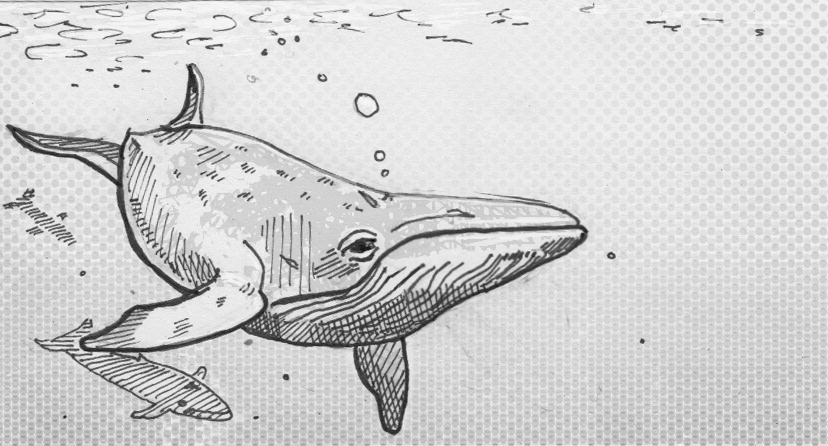 A history of whale ears

Whales, unsurprisingly, listen to the world differently from humans. Our ears evolved to receive sound transmitted through the air, while their ears are developed to pick up sound in the water.  But since whales’ ancestors once lived on land, their ears must have changed a some point, and researchers are trying to back-track their development.

First, a look at the ears in question. “Ear” might be a slightly misleading term, since whales strongly rely on “acoustic funnels” paired with acoustic fat to receive and transmit sound. Depending on the type of whale, the configuration of the funnel will have a distinct orientation; Toothed whales, who often hunt with echolocation, have their funnels pointed forwards, while filter-feeders’ cones face out to the sides.

It’s tempting to make the comparison to other animals’ eyes, with predators eyes often facing forwards for depth-perception and prey animals eyes facing sideways for better detection of predators. But scientists don’t think filter-feeders, like  humpbacks or minkes, have their funnels facing outwards to pickup sounds of would-be hunters, largely because animals this large just aren’t preyed upon all that often (now that humans have backed off on whaling for the most part.) Instead the side-facing acoustic funnels may be to help detect the songs of their fellow whales from, in some cases, hundreds of miles away.

So where did these orientations start? Looking at fossils and fetal whales, it seems that the default orientation was for the forward-facing funnels. Only after the filter-feeders grow do their funnels shift to a more lateral-orientation. To further cement this idea, the oldest known common ancestor of the two groups had forward-facing ears, as do some early filter-feeders, like Aetiocetus and Albertocetus.