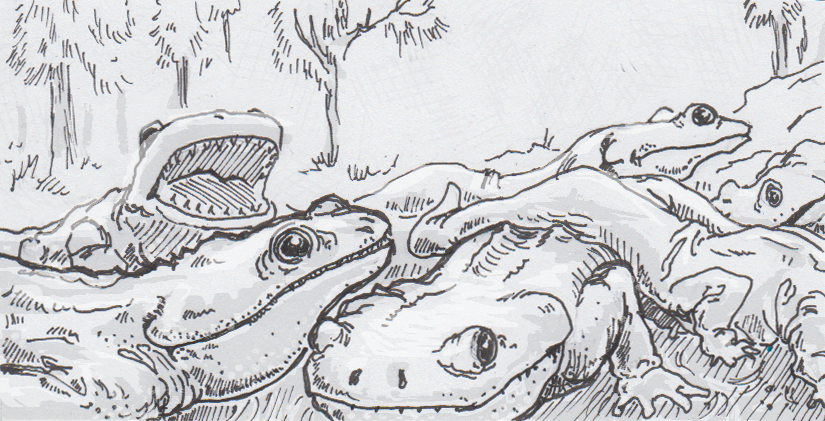 A mass grave for massive amphibians

Metoposaurus algarvensis is the latest species to be named in a family of amphibians resembling crocodile-sized salamanders. The 10-foot-long creatures were, judging by the abundance of fossils discovered, doing pretty well in the late Triassic period. Unless, of course, that abundance of specimens is actually do the calamities that were repeatedly wiping out large groups of these animals.

Metoposaurs are a common find in fossil layers from around 215 million years ago. The most recent site at Algarve, Portugal, not only had the particularly large, Metoposaurus algarvensis, but it had them in spades, if you’ll pardon the excavation pun. It wasn’t the first time a pile-up of bodies had been found like this, but the location may offer some clues as to why so many individuals died in one spot.

Salamanders that were both parched and preserved

In the Triassic Period, Algarve was closer to the equator, which meant it would have been a hot, and in the summer, dry location. As such, animals like amphibians, with skin so sensitive to moisture, would have had a tough time during seasonal droughts, and may have been clustered around the last of the winter’s water when they died. Dying in drying mud may have been good conditions for burial and fossil-formation as well, especially if the rainy season came not long after and washed more silt and sand over the bodies.

These preservation-friendly conditions may than have upped the number of bones available for discovery millions of years later. In other words, the type of burial, plus the number of animals to be buried, both upped the odds of finding this large collection of hulking amphibians.