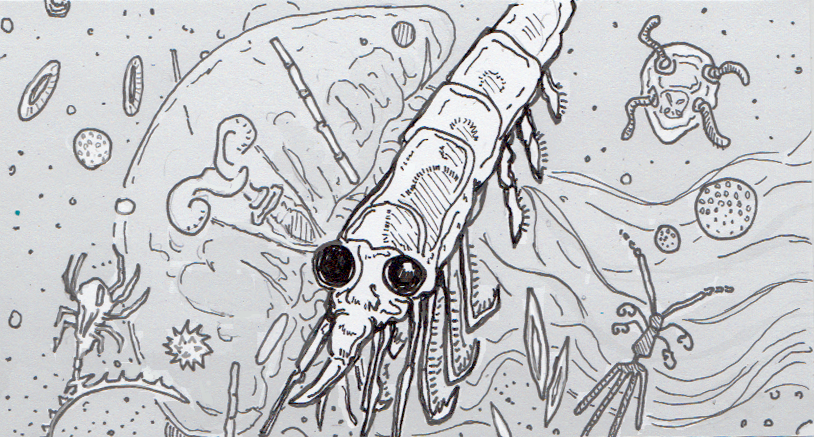 Tons of things depend on plankton. From their roles in evolution to being the foundation of the modern marine food-chain, these tiny organisms are incredibly important. But how do these things that feed so many other species feed themselves?

There are two main groups of plankton: Phytoplankton and Zooplankton. The keys to the former group is that they depend on sunlight for their energy, feeding themselves with photosynthesis, and that they produce oxygen for the rest of the world. The second group are less plant-like and more likely be larger, with specialized, recognizable body-parts, like eyes and mouths. The larger extremes of Zooplankton actually include animals like jellyfish and krill.

Plankton mostly depend on ocean currents to move them around. Some can propel themselves slightly using appendages called flagella, but they’re otherwise just drifting along, hoping for favorable conditions. And when those favorable conditions are just right, it can trigger a buffet for the ocean.

As wind and currents come together, they can stir up nutrients from the ocean floor, in an event called an upwelling. This extra helping of nutrients feeds the plankton, who are then able to reproduce at a much faster rate than normal. This abundance of plankton then feeds everything that feeds on plankton, and so on, all the way up the food-chain. Eventually things calm down, and everyone heads off to watch TV and wonder why they ate so much.

So while plankton are often dismissed in popular culture due to their size, they’re actually critical to keeping marine ecosystems, and by extension, our ecosystem, working.

Source: From Drifter to Dynamo: The Story of Plankton by Amy Standen, Deep Look