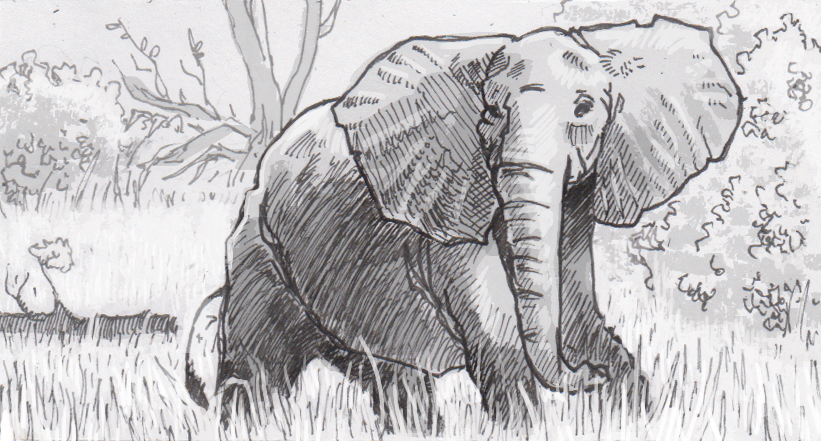 African elephants are adapting to avoid interacting with dangerous humans

Humans aren’t very popular with elephants. However popular pachyderms may be in popular media, the cold reality is that we’re killing them at an alarming rate, and usually only to get a hold of their ivory tusks. With elephant populations having been reduced by more than 50 percent since the 1970s, it’s then understandable that the surviving animals are adapting to try and cope with humanity’s predatory behaviors. These changes cover all the bases, ranging from shifts in elephant behavior to possibly reshaping these iconic animals’ anatomy.

The changes in behavior are probably possible due to the long and social lives of elephants. For example, matriarch elephants in the Gorongosa area of Mozambique survived over a decade of civil war in that country. During that time, those elephants grew up seeing their kin being killed for both meat and ivory while the county was in conflict, and it apparently taught them to be very wary of human beings. Today, those females have been observed sharing their fears to their families, fleeing or charging people they encounter 25 years after Mozambique’s war. Since elephants communicate through body language, sound and chemical cues, it’s safe to assume these matriarchs are passing their concerns on to the offspring.

This isn’t to say that elephants are blindly terrified of humans though. Elephants in Kenya’s Amboseli National Park can apparently differentiate between the sounds and scents of different groups of humans. They’ve been found to be much less concerned about the speech of farmers, while acting more cautious when wearing Maasai warriors that pose more of a threat to their safety.

One of the more systematic changes in elephant behavior is how they’ve been handling migrations. After a lone bull elephant traveled 130 miles to Somalia under the cover of darkness in 2016, researchers have been looking more closely at how and where elephants are moving. They’ve realized that elephants in sub-Saharan Africa are increasingly likely to travel at night, probably to avoid the threat of poachers during the day. Those migrations are also likely to target safe-havens for elephants, such as Botswana, where populations have increased by 30,000 since 1995.

Beyond how elephants act, researchers are seeing changes in how elephants look as well. Two to six percent of female African elephants never grow tusks thanks to natural variations in their genetics. Under happier conditions, being born tuskless would be a burden to these individuals, as they’d have a harder time getting food and water. Tuskless males also have a harder time competing for mates, possibly explaining why they’re even rarer in normal populations.

Poaching is acting as an evolutionary pressure though, essentially selecting against the animals with big, healthy tusks. Since those animals are more likely to be killed for their ivory, they’re less likely to live to produce offspring. As a result, tuskless elephants are effectively becoming the more “fit” variant, and their share of the overall elephant population is growing. In Gorongosa National Park, over 50 percent of the females that survived times of widespread poaching lacked tusks. This is compared to the 33 percent of tuskless females born in safer time periods.

My five-year-old asked: Is it against the law to kill elephants here?

We don’t have any native elephants in California, but that doesn’t mean that our laws can’t play a role in elephants’ survival. California was one of the biggest ivory importers in the United States, but California Fish and Game Code Section 2022 now bans just about every piece of ivory that might enter the state. Since most ivory traded around the world has been found to be from recently killed elephants, reducing the number of potential buyers will hopefully make selling ivory a seem less profitable to importers, smugglers and ultimately, poachers.

Source: African elephants are migrating to safety—and telling each other how to get there by Kanika Saigal, Quartz