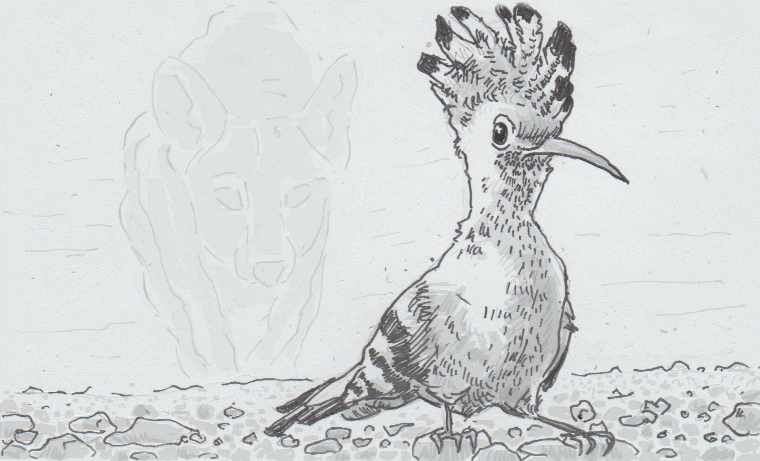 Animals that employ their excrement to ensure their safety

Do we slander poop when we call it “waste?” Sure, it’s the portions of our diet that our bodies can’t use for nutrition or energy, but just because it’s full of stuff we couldn’t absorb into our bloodstream doesn’t mean it’s worthless. Your discards may be great eats for other organisms, but because most creatures don’t want to dine on doodie, a few animals have found ways to employ it as a defense mechanism.

The three lined potato beetle (Lema trilinea) is a bright orange and yellow beetle, with contrasting black stripes running down its back. These colors help it stay safe, drawing the attention of predators as a source of toxins to be avoided, leaving it to munch on plants, particularly bittersweet nightshade. The plant’s tropane alkaloids are potentially fatal, but the beetle has adapted to turn those toxins to its own advantage, safely storing them in their body as a deterrent against their own predators. The beetles’ larvae can take advantage of this too, but without the warning markings of their parents, they just go for gross. The larvae cover themselves in their own poop, which repels predators while attracting ants to act as baby-sitters for these little stinkers.

The Eurasian hoopoe bird (Upupa epops) is actually named for the sound of its call, but it’s still quite an appropriate moniker as a poop-oriented animal. Nesting mothers cover themselves in a stinky secretion that smells like rotting meat and protects their feathers and unborn young against bacteria.  Despite the posterior location of the uropygial gland that provides these secretions, Eurasian hoopoe are included in this list for a much more direct method of poop-defense— when threatened, young birds can spray feces at their aggressors. It works as well as you’d imagine, with most predators being disoriented (and smelly) while they turn tail to hunt for something else.

Scandinavian fieldfares (Turdus pilaris) save their fecal defense system for guarding their nests. If a predatory raven is spotted, the local fieldfare community sounds the alarm, which gives some warning to the raven that a defense is mounting. Even if the raven tries to retreat before attacking a nest, the fieldfares are likely to give chase to the larger bird, dousing it with multiple volleys of droppings. If enough of these bombs hit their target, they can soak the raven’s wings enough to prevent it from flying, which can be fatal if other predators are in the area.

Even large predators look to poo as a way to protect themselves. Sperm whales (Physeter macrocephalus), while being some of the largest hunters in the sea, will use their feces as instant camouflage the when they feel threatened. To better conceal their whole body, the whales immediately spin themselves in the water to better disperse their emergency poop, hiding in the cloud for a moment before making a break for it. They’ve been seen employing this sort of tactical cover multiple times in a row, sometimes creating a chain of fecal-checkpoints to avoid potential harassment, such as from dolphins that may harm the whale’s calf.

As much as it’d be nice to claim that humans are above any sort of combative poop-maneuvers, we’ve found ways to weaponize waste as well. Rather than the more defensively-oriented tactics of the species above, people have at times been more aggressive, dipping arrow heads in animal dung to try and promote infection in anyone who got shot. Probably better if we just keep it all in the potty from here on out.

Source: The 8 Most Disgusting Animal Defenses by Ezekiel Buchheit and Crystal Beran, Cracked