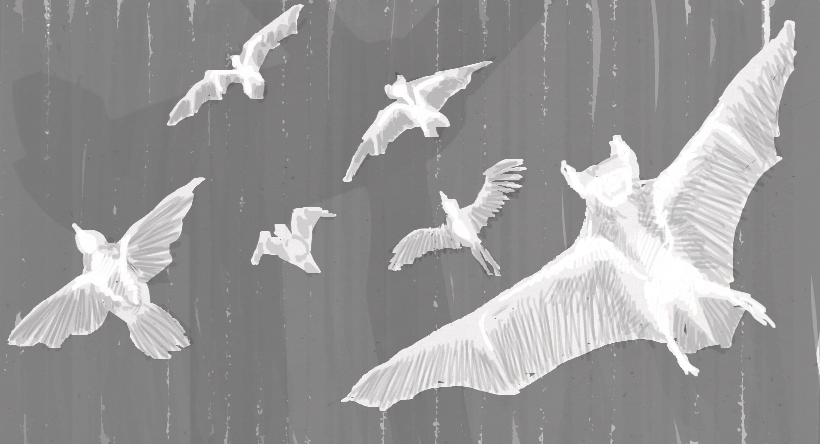 The outer tip of a wind turbine can move at 180 miles-per-hour. This is slower than a peregrine falcon when it dives, but much faster than the fastest birds (and bats) and move when flying horizontally. It’s a big concern, as flying animals have a bad habit of flying into moving turbines, leading to as many as 320,000 deaths a year. The speed of the blades isn’t the only worry, as stationary buildings also kill hundreds of millions of birds a year. That said, the novelty and expansion of wind-power has people actively looking for ways to reduce animal fatalities, even in the darkness of night.

To reduce the number of animal deaths from spinning turbines, one strategy is to try to deactivate the blades before animals are nearby. Radar is employed to search for flocks of birds, but that doesn’t help smaller groups or single birds. In extreme cases, protected species like the California condor actually wears tracking equipment to provide early warning to the turbine so that it can be turned off as the bird approaches. That’s not practical for every bird or bat in the sky though, and so research is being done to figure out more widely applicable technologies to get stop the turbine blades when necessary.

It turns out that some high-tech bird watching is looking very promising. Cameras with thermal imaging, or “night vision” are being augmented with ThermalTracker software to more accurately detect where animals might be flying. The complete package can then look out for birds and bats 24 hours a day, especially in shoreline areas that are harder for people to survey.  The actual observations are carried out by an algorithm that analyzes the movement of an animal’s wings and flight path to determine what kind of animal it is. Tests have found that this system can detect 81 percent of flying birds and bats, correctly classifying them 82 percent of the time.

Expanding this foundation, there are plans to add further sophistication to this system. Software will be refined so that analysis of the video can happen in real time, allowing recordings to be paused when no animal is in the sky. This should reduce costs, making this kind of tracking more accessible to wind farms everywhere. There are also plans to add second cameras, enabling stereoscopic comparisons of the sky. This enhancement would let the system estimate the animal’s distance more accurately, allowing for better judgments of the creature’s size and species. And thanks to the night-vision thermal imaging, it all works in various lighting conditions.

All this collected data can then be used to better inform turbine management, giving people a better picture of what species are active in a specific area. This can be crucial, as poorly-selected wind farm locations are actually thought to be the biggest cause of animal fatalities. Not all patches of the sky are equally trafficked, and so knowing who lives in the neighborhood can make a significant impact on conservation efforts.