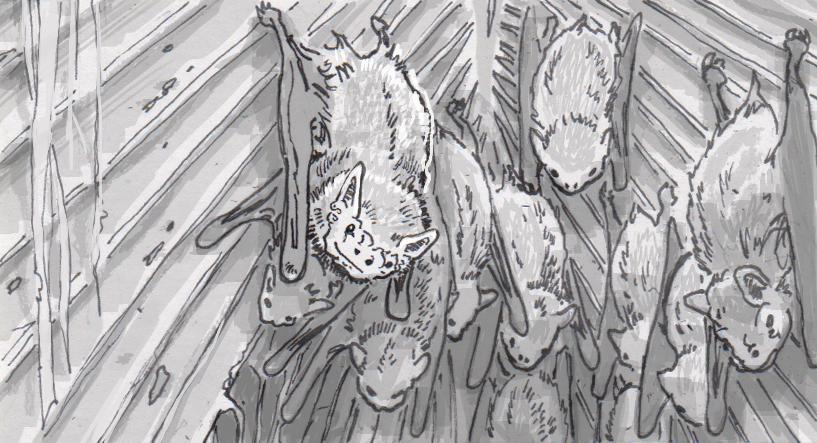 Bat feces is a crucial fertilizer for Cambodian farmers

Even though nobody can grow or eat it, bat poop has become one of the most lucrative markets in Cambodian agriculture. Farmers have long encouraged bats to roost in the palm trees near their fields so that they could ‘harvest’ the guano that accumulates on the ground to use as fertilizer. In many cases, they will even tie extra palm fronds to trees in order to make them denser and more accommodating to the flying mammals. The effort is worth it, as bat poop is in such demand that guano-cultivators don’t even need to haul it to markets- clients will come to them, then buy the poop for around 38 cents a pound. That may not seem like much, but earning up to $10 a day for maintaining a bat latrine is attractive enough for some farmers to drop their other crops and focus on guano exclusively.

The idea that poop makes a good fertilizer isn’t new. Horse manure, bird poop and bat poop have all been used as a source of nutrients for plants around the world. In Cambodia, part of particular attraction to bat guano is just how well it performs. Controlled experiments have found that crops like eggplant, jackfruit and longan fare better with bat poo than commercial fertilizers, even though the feces has less nitrogen, phosphorus and potassium per pound. The magic of the bat droppings hasn’t been conclusively proven, but it’s thought that the other materials commonly found in bat poop, right down to beneficial bacteria, likely plays a role. The fact that the guano also helps with things like water retention in the soil makes it even more attractive, as farmers feel like the poo just makes for higher quality crops and soil.

In the case of certain crops, the bat poop is actually required. Heritage crops like the Kampot pepper are not allowed to be grown with industrial products like commercial fertilizers, as per the Kampot Pepper Promotion Association. Bat guano, having been a part of Cambodia’s ecosystems long before people were farming there, is allowable, driving those farmers to stock  up on bat droppings every year.

While bat feces are clearly a winner against other fertilizers, there’s growing conflict with farmers’ use of pesticides. While insect-eating bats are saving rice farmers as much as $300,000 per year in pesticide purchases, enough of the poisons are being used in Cambodia to pose health risks to the bats. While the rapid reproductive rates of insects give them a chance to develop resistances to pesticides, bats aren’t keeping up as well, and their populations are being hurt by the increasingly strong doses of poisons being used around farms. That then leads to fewer bats to hunt the insects and fewer bats to make new fertilizer.

It seems like the bats present a win-win for farmers, but conservationists are still concerned about their well-being. Farmers exposed to advertising for commercial fertilizers and pesticides were less likely to rely on bats, meaning the guano-harvesters may need to start investing in bat guano’s branding to make sure it’s properly appreciated in the public eye.