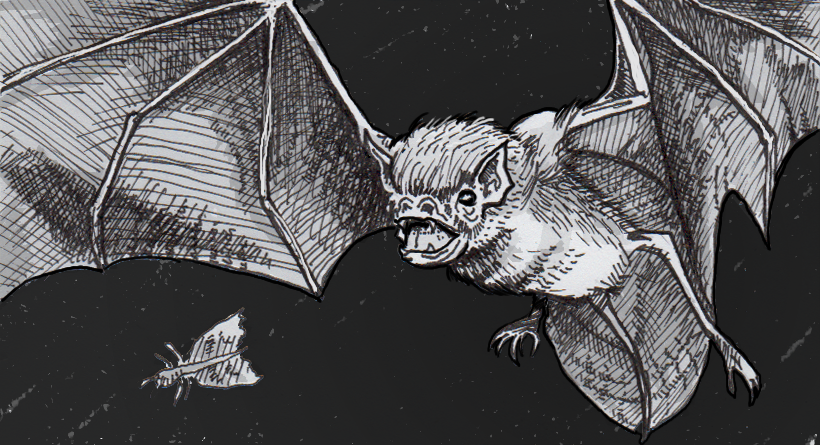 Predatory bats are sophisticated hunters. Using echolocation, bats find and consume enormous numbers of flying insects— up to 1000 per hour. Those insects aren’t just sitting there of course, and some have evolved elaborate systems to avoid being caught by bats. One of bats’ big weapons in this evolutionary arms race is their maneuverability and quick reaction time in the air. New research about their nervous system has started to reveal just how specialized their flight is.

Feeling their way through the air

Part of bat flight’s secret sauce is an array of receptors along their wings. These tiny hairs are sensitive to the smallest shifts in airflow, providing fast and detailed feedback about the bat’s movement.

Being sensitive to the air is only the beginning of this system. While most quadrupeds route forelimb nervous signals centrally through the neck, bats seem to have more connections to their spinal cord. Instead of signals being sent only to the neck en route to the brain, sensory information from bat wings also traveled to the lower part of the spinal cord.

It’s not yet known if this is a way to shorten reaction times to other parts of the body, just provide more nerve-signal ‘bandwidth,’ or something else. But the amount of specialization seems to indicate that these signals are critical to bats’ aeronautics.

Source: Bats use a super sense of touch to fly with precision by Rachel Feltman, Speaking of Science