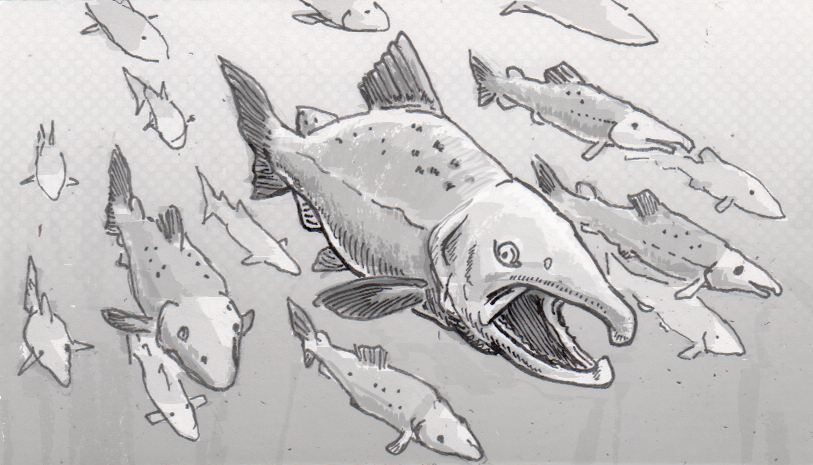 For years, fishing regulations have demanded that anglers only keep fish over a certain size. Smaller fish were most likely younger, might not have had a chance to breed, and thus shouldn’t be removed from their ecosystem. By waiting until those fish grew bigger, they would have a chance to reproduce and keep their species’ population stable. This is a good idea, but we now know that it overlooks a very important aspect of fish reproduction– the bigger fish we were targeting are responsible for an out-sized proportion of new offspring.

This may seem like a funny concept from our perspective, since the number of offspring doesn’t really depend on a mammal mother’s size, assuming she’s healthy enough to reproduce. For at least 342 species of fish though, the mother’s size made enormous impact on how many eggs could be laid. Instead of scaling up egg production in a linear ratio to the mother’s size, larger females ramped up their egg production on a nearly exponential scale. So a two-pound fish would actually produce more than twice the number of eggs as a one-pound fish, making her size a much bigger factor in population levels. If the sheer number of eggs weren’t enough, the offspring from those eggs were often larger and more robust as well, showing that for bigger really is better when it comes to female fish.

Size but not safety

Everyone who would like to catch and eat any of these fish would generally prefer if there were more fish to catch, but the size issue complicates things. Both humans and marine mammals like orcas often target the biggest individual fish we can find since they’ll offer the most calories for a single catch. Too much of this targeting has probably contributed to fish species actually reducing their average body size, since long life spans promise less reproductive success if you’re more likely to be snatched up and eaten as a result. Compounding things further, fish gills have a harder time collecting enough oxygen as ocean temperatures rise, so climate change may be another compounding factor against any fish really reaching her full potential as a mother.

As things stand, we’re not about to solve climate change or convince orcas to give up their favorite salmon in the near future. However, we can change how humans approach fishing so that we’re not catching as many as the large female fish that enable us to keep eating seafood. Providing sanctuaries to these fish are a good start, as the fish in marine protected areas generally live longer and grow larger, giving them a better chance to spawn bigger families than we previously appreciated.

Source: The Bigger The Mother Fish, The More Babies She Has by Christopher Joyce, The Salt