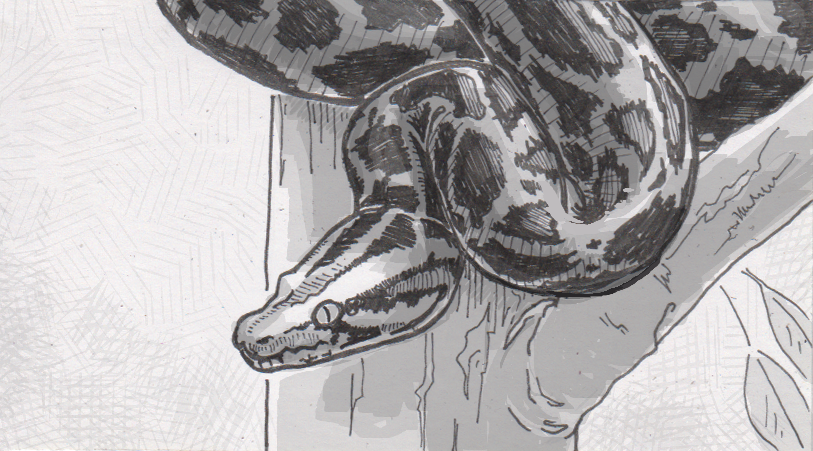 As a warm-blooded mammal that’s never too far off from your next snack, it’s hard to appreciate what kind of commitment other animals can make to binge eating. Sure, you’ve maybe eaten too many cookies in a single serving, but you probably didn’t follow that infusion of calories with a month or two of fasting. The Burmese python’s dedication to this meal schedule really ratchets things up, as the snake will literally reduce the size of its internal organs when it’s not eating, then regrow them when it’s time to digest something again.

Burmese pythons (Python bivittatus) are large constrictors, capable of growing to 20-feet-long. At that size, their meals are considerably large, and can include pigs, goats, deer, and occasionally alligators. Since crawling around with large but empty stomachs and intestines really offers no benefit to an unfed snake, the snakes basically allow their organs to atrophy to 60 percent of their functional size. This saves energy on a daily basis as well, further extending how long a snake can go between meals. When it is finally time to chow down, the snakes regenerate the missing tissue so that they can process all the nutrition their prey has to offer. The process is fairly quick too, with organs regrowing in 48 hours, then regressing for around four days after a feeding.

Researchers recently dug into the underlying mechanisms that make this repeated series of changes possible. They found that there were a few key proteins that acted as triggers to activate 1,700 genes throughout the snake’s body. Those genes each created tissue-specific commands for either regrowth or regression in a cascade of activity across lots of different anatomy.

This isn’t just useful to 20-foot-long pythons though. Some of the key proteins that kick off this activity have been found to also affect mammalian cells. For all the specific tasks needed to double the size of a snake’s stomach, there’s a chance that our bodies might be able to make use of some of this strategy as well. It may therefore be helpful in developing treatments for people with damaged organs, spurring regrowth, even without the need for binge-eating.

Source: How pythons regenerate their organs and other secrets of the snake genome, Science Daily