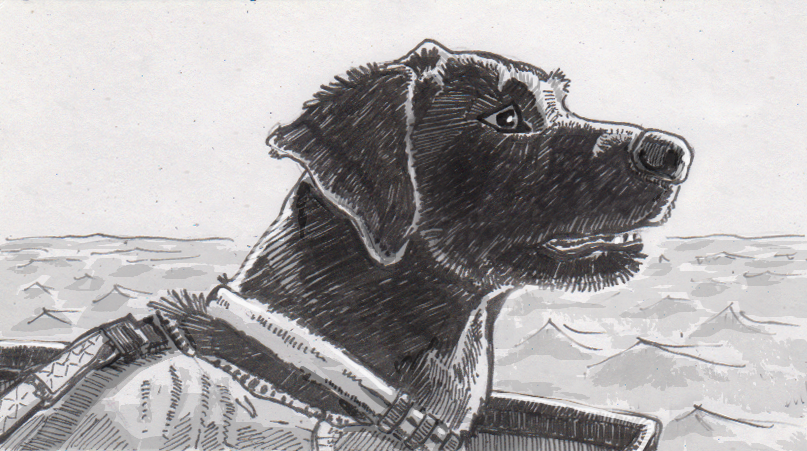 Dogs’ sense of smell is legendary, possibly on par with their revolting interest in other animal’s poop. Biologists have realized that these two strengths are quite complimentary, and are using dogs to help track down other animals’ scat. It’s an efficient system, and none of the dogs seem to be too disappointed that they aren’t allowed to eat any of the feces that they help find. Instead, the stinky samples are collected an analyzed to assess the health of whichever animal made them. As dogs would surely tell us, there’s a lot of information in poop if you know what you’re sniffing for.

There are currently 17 dogs working for the CK-9 program at the University of Washington Center for Conservation Biology, all of whom have trained to turn their nose into a focused, feces-finding instrument of science. They start on controlled course, where they can be rewarded for finding and reporting poop from specific species, such as spotted owls or caribou. Over time, a dog may train on as many as 13 different species, helping biologists gather data on the state of threatened or endangered animals in need of protection. By analyzing found poop, researchers can figure out an individual’s identity, stress levels and more, all without needing to actually capture any of them.

Sniffing scat on the high seas

Most of this work is conducted on land, but some dogs even work on boats to find whale droppings. Or floatings? Whale poop is often brightly colored and floats on the water’s surface when first released, making it practical to sample if it can be found quickly enough. While a human nose is capable of detecting whale poop, a dog can pick the scent up from a mile away, giving their handler signals about which way the boat needs to go. It has enabled biologists to successfully patrol 100 square miles of territory, keeping tabs on individual whales each year. For example, researchers are currently tracking the levels of toxins from orcas eating Chinook salmon, as it may be influencing whale birthrates around the Pacific Northwest.

As much as your dog may be interested in sniffing stool that they find on their evening walk, the C-K9 dogs do still need motivation to stay focused on their task. Instead of food, each successful sample is rewarded with a bit of playtime with a rubber ball. Even on a boat, a short round of fetch is used to keep these dogs going. That may not be a huge motivation for every dog out there, so an intense desire to play fetch is actually the key perquisite to join the C-K9 team. Once properly motivated, it seems that any pooch is capable of finding particular bits of poop.