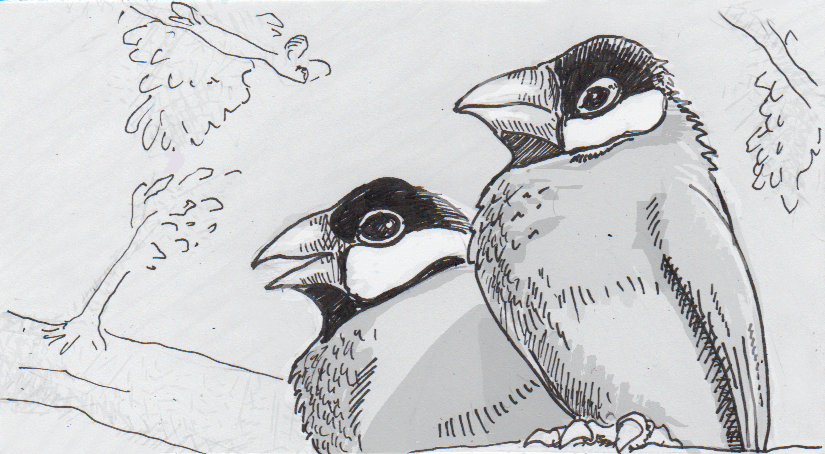 A good song has more than just a catchy melody or clever lyrics. To really be something that makes your audience want to move, your song needs a good rhythm as well, a fact apparently not overlooked by songbirds like the Java Sparrow. While these birds don’t have a metronome or drum kit handy, they have been found to use their beaks to click a beat while they sing, sort of like an avian beatboxer.

The sparrows’ beat clicking, excuse me, beak clicking does follow the beat of their song, indicating that it’s not accidental noise as a bi-product from singing. They also haven’t been found clicking when they weren’t singing, either to themselves or when courting a female. Further reinforcing the sense of intent is that, like the songs themselves, the beats seem to be taught from fathers to their sons. This isn’t to say that percussion is strictly the product of family legacies, as experimental sparrows raised with other species of birds, or by themselves, would occasionally use beak clicks in their songs as well. They just weren’t using any established patterns that would have otherwise been shared with them.

Why bother with a beat?

Female Java sparrows don’t sing themselves, but they will click their beaks along with a courting male, which may lead to possible explanation for why clicks have become a part of the males’ musical repertoire. As the female syncs up and participates in the beat, the monogamous birds may form a closer bond with each other. Whether or not there’s actual communication happening in these clicks, or simply an important, shared experience, remains to be seen (and probably heard.)