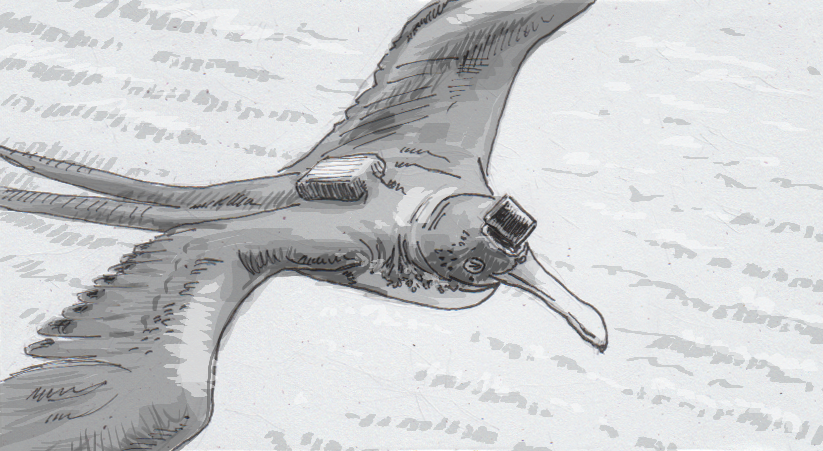 For our own safety, humans need to stay in one place when we sleep. When we enter the rapid eye movement (REM) phase and dream, our brain temporarily paralyzes our major muscle groups so we don’t flail around, reacting to activity that only exists in our heads. As a species that puts a lot of resources into beds, bedrooms, tents and silly desk pillows, the idea of needing to move around while we sleep seems a bit odd, but species from birds to whales have figured a way to nap while navigating the world. Particularly in the case of marine mammals, their lives literally depend on it.

Even the deepest sleeper still needs to breathe. Cetaceans like whales and dolphins can hold their breath for a long time thanks to larger lungs and higher tolerances for carbon dioxide in their blood than we have, but even a resting dolphin needs three to seven puffs of air a minute. Dolphins will occasionally sleep by “logging,” wherein they float like a log at the water’s surface, but most of their sleep happens while they remain in motion. Surfacing for air is requires more coordination than an unconscious brain can handle, and so dolphins and whales never fully tune out— their brain hemispheres sleep in shifts.

Data gathered from dolphins wearing electroencephalogram (EEG) sensors shows that they let one half of their brain sleep while the other stays at the helm, so to speak. While one hemisphere goes through various sleep cycles, the other makes sure critical functions like surfacing, breathing and looking for obstacles is taken care of, relying on the eye on the opposite side of the head. After about two hours, the dolphin’s hemispheres switched roles, repeating the cycle a few times a night. Dolphin data didn’t clearly show REM, but another study of a pilot whale found six solid minutes of dream time in a single night.

Birds also find themselves in scenarios where movement is a must, mainly thanks to spending extended amounts of time in the air. Long migrations, or even hunting sessions for weeks at a time go well beyond what we think a brain can handle in a single stretch, but only recently were direct measurements take to prove that birds can nap while flying. Frigatebirds ( Fregata minor) were outfitted with EEG, GPS and motion sensors to capture their behavior on ten-day excursions over the ocean. Obviously, falling out of the sky could be a big problem, and so the birds had a strong motivation to somehow manage their mental fatigue, even when landing wasn’t an option.

The monitors found that the frigatebirds’ sleeping arrangements were a bit braver than expected. Shortly after sundown, deep, short-wave sleep patterns were measured in the birds’ brains, usually in one hemisphere or the other, similar to whales and dolphins. However, sometimes the birds would really commit to their nap, and both hemispheres would be in deep sleep at once. This wasn’t common, but the birds managed to do it without a problem. To really push things though, birds were also recorded entering REM and dropping their muscle control while flying, if only for a few seconds. They seemed to suffer no loss of performance besides a small bit of head drooping, so apparently dreaming about flying while you’re actually flying can work out fine.

Once the birds landed, their brains did seem to appreciate the chance to rest. Instead of sleeping around 42 minutes a night, the frigatebirds on land would sleep for up to 12 hours a day. This suggests that while they were doing some maintenance napping in the air, they were becoming slightly sleep deprived in the process, and needed to sleep more once they returned home. Resting up was fairly comfortable for the frigatebirds, but some birds, like mallard ducks, have to rely on hemisphere-switching sleep even on land. They’re not worried about falling out of the sky, as much as they want to keep one eye open for potential predators in the area. As humans sometimes feel when sleeping in a new place for the first time, resting can sometimes be a lot of work.