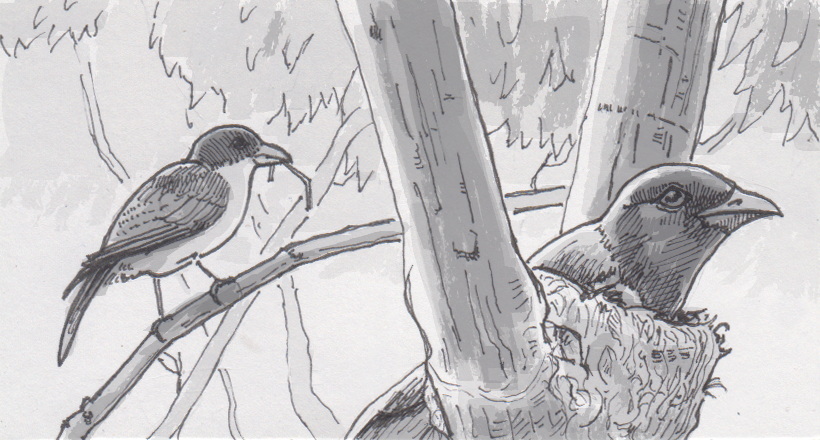 You might help out your neighbor because you want to be nice, but is there a chance you’re really after their real estate? You might concede that lending a rake or watering a friend’s plants may carry the hope that they’ll reciprocate at some point, but the idea that helping out is a way to position one’s self to inherit land is probably a bridge too far. Even if humans made that kind of transaction, keeping track of those favors for the years until someone was ready to give up their homes seems impractical. Many bird species may disagree though, as they seem to regularly donate time, energy and breeding opportunities to their peers, possibly for the eventual payoff of a better nest and support network for themselves.

Many birds do a good job of co-parenting with their own brood, but the explanations for that are much more straightforward. On some level, they understand that they want to see their own offspring succeed, passing along their own genes in the process. Extended bird families follow this model as well, as older siblings share DNA with younger chicks from the same parents, offering another route to promote a specific gene pool. Helping out with other birds’ offspring gets a bit more confusing when the birds aren’t related, requiring that the birds, and researchers, start looking on a longer timescale for the benefits of these relationships.

While helping animals of the same species could thought of as promoting the same gene pool on a much more general scale, some patterns have been observed that point to some more tangible benefits for the helpers. One of the most important trends was that the amount of available territory for each bird seemed to influence their interest in helping out with unrelated chicks. In scenarios where birds couldn’t scoop up prime nesting grounds easily, they were much more keen to help raise other families’ offspring, activity that increased their own chances of eventually inheriting that same nesting site.

So the helper birds do turn out to be acting in their own self-interest in this model, but it’s still a win-win for the larger bird community. A bird that acts as a very attentive nanny helps unrelated chicks grow up, making the nest-owning parents happy. The helper is putting off it’s own chance at reproduction, but it’s getting practice at childcare, and keeping an eye on what it hopes will one day be its own nest. Assuming the helper is successful, it may stand to gain more than a nice nest- the same chicks it helped raise are likely to continue the cycle, helping to raise another generation of birds in hopes of earning the family home back again.

Source: Birds without own brood help other birds with parenting, but not selflessly, EurekAlert!