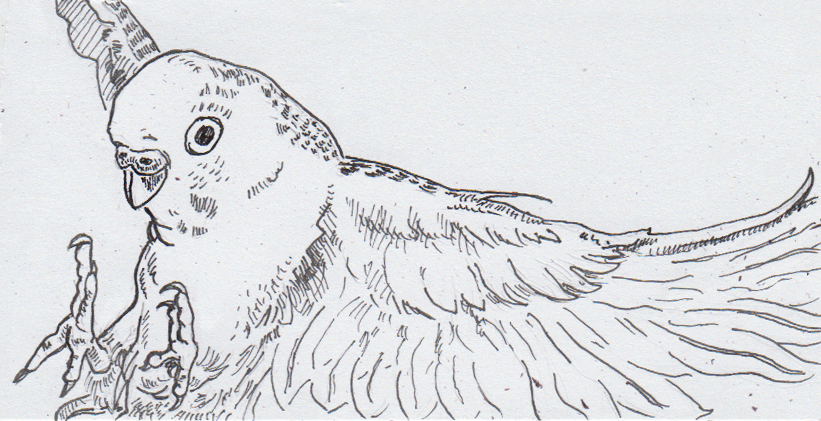 Birds have spent millions of years evolving complex and sophisticated anatomy to enable their impressive flight capabilities. Feathers come in a variety of shapes and sizes, even on a single wing, to suit specific types of mobility, from soaring for great distances to diving into the ocean. Like a good designer, evolution has managed to do all this without adding wasteful complication though. With the myriad of possible movements at their disposal, birds have been found to keep things simple, flying at one of two speeds, dodging obstacles in one of two positions, and even avoiding each other with just one (or two) basic tricks.

Researchers in Australia have been carefully examining the aeronautics of budgerigars (Melopsittacus undulatus), and how they’re able to do so well with just a couple kinds of movement. Commonly known as budgies, these brightly-colored parrots were tasked with flying through various courses to see how they managed their exertion when airborne. The pattern that emerged was that the birds basically flew either fast or slow, depending on how many obstructions were in the area. Unlike insects which gradually change their speed as they go, the budgies would abruptly jump from fast to slow, with no time spent in between.

Birds seem to have two options for actually avoiding obstructions as well. When pigeons were tasked with flying between some vertical bars, researchers expected to see subtle body rolls and delicate adjustments at the tips of the wings to twist and soar gracefully through the narrow space. Instead, the pigeons squeezed through the bars in one of two ways— pausing mid-flap with their wings extended straight up, or tucking them onto their back, almost like they were getting ready to sit in a nest. The main difference seemed to be how much altitude might be lost, or how easily they’d recover if they bonked into anything along the way. While the birds probably could have done some swanky aeronautics, they seemed to be content to just pop between the obstructions as basically as possible.

If birds had reason to really pull out all the stops, it would probably be to avoid a collision with another moving bird. Like people guessing to step left or right of each other on a sidewalk, one animal doesn’t know what the other will do, and needs to be prepared for anything, right? Well, apparently not. It seems that millions of years of flight has helped birds, or at least the budgies used in this study, pick a consistent rule to avoid crashes, which is to swerve to your right. It’s not big or flashy, but the birds sent flying at each other in multiple tests were completely consistent with this rule, and thus never had to really worry about colliding. Researchers did observe some adjustments to altitude that seemed slightly more arbitrary, but never to a degree that it detracted from the elegant solution to dealing with passing traffic. If only it worked on plate-glass windows as well.

My second grader said: If I were a bird, I’d be sure to do tons of flips and loops all the time!

Obviously, birds are capable of more than this limited set of maneuvers, with hummingbirds even flying backwards, but it appears that this may be a matter of efficiency. To mangle Mark Twain, there’s no reason to use a five-dollar barrel roll when a fifty-cent wing-tuck will do.