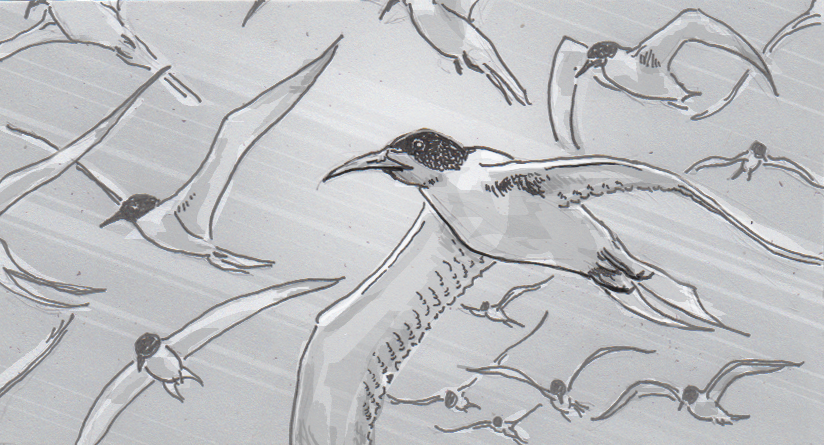 Birds found to fly faster with more friends in the flock

With pat idioms like “birds of a feather flock together,” you’d think we had a full understanding of why and how bird flocks function. It’s safe to say that long-standing ideas, including looking out for shared predators or learning migration routes, still hold true, but there may be even more to these avian assemblies than we thought. Recent studies out of Sweden have found that, all other things equal, flocks not only give birds safety and direction, but it gives them speed.

The study looked at a variety of factors on a bird’s flight speed, and found that the number of birds in a flock made a difference to the birds’ speed. Measurements of the birds size, shape, altitude and even side-angle of the wind were taken with a ornithodolite, which is a device that combines features from an optical telescope and laser rangefinders. Once all other factors were controlled for, more participants in a flock meant more speed.

While the data has now been collected and scrutinized, there still isn’t a clear explanation of why flock size makes a difference. One early hypothesis is related to migratory ducks and geese who fly in a chevron formation, where the bird at the apex faces stiffer wind resistance than those behind them. It’s possible that birds in looser formations may also have an aerodynamic advantage, with larger members of the flock breaking up wind, allowing all members to move through the air more easily. More birds would then add to this effect, making faster flight easier.

If proven true, this explanation could provide further motivation for the extraordinarily large flocks associated with some species of bird. Starlings, for instance, group into huge, tightly coordinated flocks. As the thousands of birds fly together, a model has found that their tight, unified navigation may be managed by each individual simply looking for a certain amount of daylight peaking out between the bodies of their peers. The birds can then keep an appropriate distance between their immediate neighbors, without needing to react to birds at the front or back of the huge swarm directly.

Of course, the speed boost from flying in a flock is relative. As impressive as the maneuvers of starlings or terns may be, they’re not about to take the avian speed record away from more solitary species like the Peregrine falcon, who averages between 40 to 56 miles-per-hour when traveling. Theoretically, flocking boosted speeds of all bird species though, so even falcons might have room for improvement.