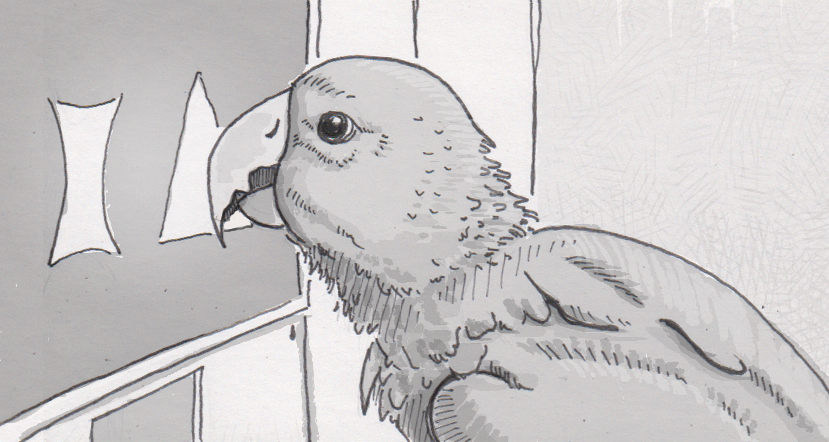 Birds tested with touch-screens to assess the allure of novelty

Kids are a lot like parrots, and that’s not just because of the loud squawking or learning to repeat certain phrases over and over. In most cases, they’re also interested in poking and exploring new things on a touch-screen. Researchers weren’t looking at this to see what parrots, crows or jays thought of Angry Birds, but were instead testing long-held assumptions about how interested birds were in exploring new things in general.

The test involved nine species of birds from both the parrot and corvid (crow) families. Birds were trained to peck at a specific shape on touch screen in exchange for a treat. Pairs of shapes were displayed, eventually ramping up to 16 different options. It was fairly simple task, but there were surprising differences in how long it took each bird to investigate new shapes that came up on the screen.

The assumption was that certain species would generally be faster to explore new shapes than others. Species were selected from a variety of environments, in case ecological pressures like local predators would have shaped a birds’ tolerance and interest in new experiences. Presumably, a bird that lives near more danger would be neophobic, or cautious about new things, while those that lived in less danger would be safe to be more neophilic, or interested in new things.

The birds had different ideas though. No trends were seen among species, and the neotic style, or response to novelty, seemed to depend entirely on the individual animal. The only demographic difference was that younger birds were, like human kids, happier to explore new experiences than older birds. Other contributing factors may include the birds’ status among its peers or previous experiences with, in this case, touchscreens.

One significant similarity that turned up among all the birds was the amount of exploration they put into a novel shape on the screen. While neophobic birds waited longer to check out something new, once they committed to the idea they explored to the same degree as their more curious kin. All the birds had an interest in learning, but they just weren’t sure when they were ready to commit to the idea.

Source: Touchscreen Test Reveals Why Some Birds Are Quicker To Explore Than Others by Elizabeth Allen, Scienmag