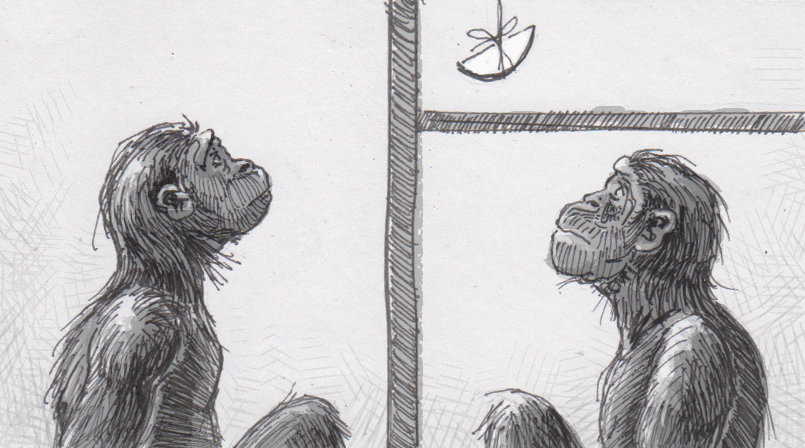 Acts of kindness usually don’t feel very costly. The sense of satisfaction from doing the right thing seems to cover whatever effort you may have put in to helping someone out, but that’s not a motivation that’s been widely accepted by science, at least for the animal kingdom. Helping another creature out can demand time, energy, and other resources, which has led to the assumption that there must always be some benefit for being generous. For example, raising another animal’s young may help the nanny’s gene pool if they’re related, or increase the survival rate of one’s own young if they’re not. Bonobo chimps (Pan paniscus) have put their own twist on this, as they’ve been demonstrated to be willing to share their own food with strangers, even if they stand no chance of immediate gain themselves.

Bonobo’s predisposition for sharing has already been established, but a new study looked to define the boundaries of their generosity. A bonobo chimp was placed in an enclosure where they could reach a peg. Pulling the peg would release some food in an adjacent enclosure, but the bonobo had no chance of getting that food themselves. When given the chance to explore this mechanism, the chimps definitely understood its limits, but weren’t compelled to use it on its own.

When a second, unknown bonobo was introduced to the second enclosure, the first bonobo clearly responded. They were four times as likely to take the otherwise unnecessary action of releasing the food if another bonobo was there to receive it. In some trials, the second bonobo’s fencing was open enough that it could reach an arm through to gesture for help with the food, but that apparently wasn’t necessary— the first bonobos seemed just as interested in helping out whether they were asked to or not. Unfortunately, the study didn’t specifically look for expectations that the second bonobo was going to also be generous and share the food, although in many cases the fencing would have prevented that even if the chimps wanted to.

Weirdly, researchers feel that some of this generosity can be explained by yawning. Like humans, bonobos have contagious yawns, and one individual will often yawn if they see a peer, even one they don’t know, start yawning. It’s thought that this is an expression of social bonding, as it links the two animals through shared activity. Young female bonobos generally leave their families to live with strangers as they grow up, and so building relationships with others is key to their success.

The yawns and shared food may not seem like they provide an immediate benefit, but they may simply be components of a larger set of pro-social behaviors. Giving food to an unknown individual is likely a starting point for these animals to assemble an extended family that will help support them in the future. There’s still a chance that these bonobos feel like they’re doing the right thing on the inside at the time, but they’re probably helping their future self in the process.

Source: Bonobos Help Strangers Without Being Asked by Robin A. Smith, Duke Today