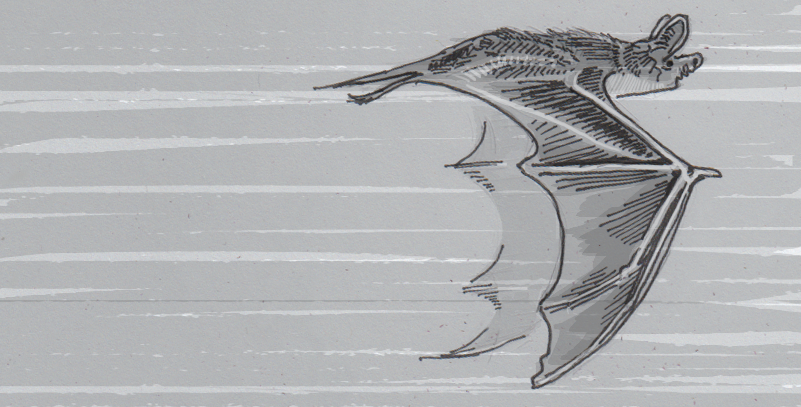 Bats don’t exactly look like the pinnacle of aerodynamics. The noses and ears alone seem to be completely at odds with cutting efficiently through the air. As we study them more closely, we’re learning that these looks have apparently been deceiving— new feats of maneuverability seem to be discovered with some regularity.  The latest milestone in bat-flight may be to snatch a speed record away from birds, although the figures involved are too amazing for some researchers to believe.

The bats in question are Brazilian free-tailed bats (Tadarida brasiliensis), a species common to North and South America also known as Mexican free-tailed bats. The echolocating insectivores have been noted for their long, narrow wings and quick, straight flight patterns. When specifically tested, researchers were amazed to find the bats regularly hitting peak speeds around 62 miles-per-hour, with one individual reaching a blistering 99 miles-per-hour.

Before this study, the fastest horizontal flight records were held by the common swift (Apus apus), a bird capable of 69 mile-an-hour speed. The idea that bats have passed that record so substantially in just one study has raised some eyebrows among other researchers, with concerns about everything from tailwinds to gravity-assisted dives possibly muddling the flight data. The researchers stand by the data though, asserting that the air was calm and should not have meaningfully changed the bats’ top speeds.

Even if the bats’ record is substantiated, it still raises interesting questions about why they fly so fast. T. brasiliensis is known to migrate, which may be a reason to fly quickly, or it might just making hunting insects that much easier. In either case, the high costs of flying may be mitigated a bit by the flexible, controllable wings on bats.

A separate study into bat wings has how they offer better efficiency than the wings on similarly-sized birds or insects. Compared to the rigid wings of insects, or the jointed wings of birds, the supple skin in bat wings offers a lot of flexibility. This elastic wing can then be precisely shaped by the bats as they fly, thanks to much of their structure being controlled by the bats’ fingers (versus the elbow and wrist of a bird.) As the wing flexes into different shapes throughout a single flap, the bats may be able to generate lift from more than one location, making flying fast that much easier.

My second grader asked: Wait, what about cheetahs? Who’s faster?

Assuming that lone bat that hit 99 miles-per-hour isn’t too much of an anomaly, cheetahs may have lost their crown as well. Cheetahs can get to 64 miles-per-hour in three seconds of acceleration, with top recorded speeds of 75 miles-per-hour. They could outrun a swift in the short run, but possibly lose to the fastest Brazilian free-tailed bat.