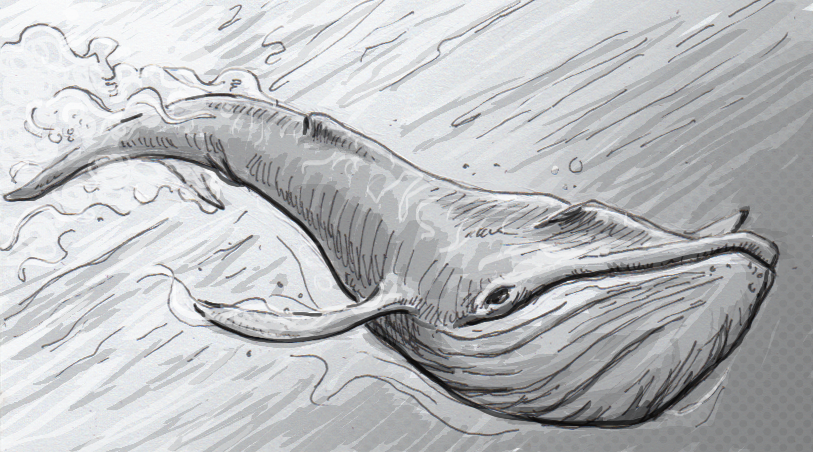 Bringing the size of blue whale hearts back down to Earth

Even if you know that a blue whale (Balaenoptera musculus) is the largest animal to live on Earth, it’s hard to really understand what that means. You’re unlikely to see such a whale in person, and a skeleton in a museum may not clearly convey that you’re looking at something that in life was as long as an NBA basketball court. On the other extreme, people have also overestimated how big a blue whale is, especially with anatomy that you can’t normally see. Get your mind out of the gutter— I’m talking about a whale’s heart, which, while gigantic, is not as big as a car, or even a golf cart, as you may have heard from some rather excited estimates in the past.

The idea of the car-sized heart has been around for a while, and is likely due in part to the proportions of a whale, and the lack of well-preserved blue whale specimens available for measurement. At ten ounces, human hearts make up less than half a percent of your body weight. In contrast, blue whales’ 400 pound hearts constitute a full percent of their body, meaning it’s proportionally larger in their bodies (and 640 times bigger than our hearts.) If you lacked precise measurements due to most whale corpses arriving on shore in a state of advanced decomposition, it would be understandable to assume that the huge amount of tissue must have been colossal when it was still at work in the living animal.

For better or for worse, recent whale deaths have helped us get some harder numbers about blue whale anatomy. After some rather messy dissections, pieces of whales have been collected, preserved and measured to yield the following data. Unlike a 3,000 pound car they’re often compared to, blue whale hearts are closer to the size of a small piano at around 400 pounds. They’re around five by five by four feet, close to a two-person tent. The aorta was found to be big enough to stick your head in, but not big enough to “swim through” as some urban legends have suggested. None of this is meant to diminish what these organs are capable of though, since these massive organs are still capable of pumping 58 gallons of blood per second, keeping the 40,000 pound animal moving day in and day out.

My second grader asked: How big are blue whale brains?

Brains may be the one piece of anatomy a blue whale doesn’t hold the record for. They’ve been weighed at 15.26 pounds, but that’s smaller than a sperm whale’s 17 pound brain, which is the largest on Earth. This may not equate to proportional differences in intelligence of course, and its certainly not worth comparing either animal’s gray matter to any cars or trucks.