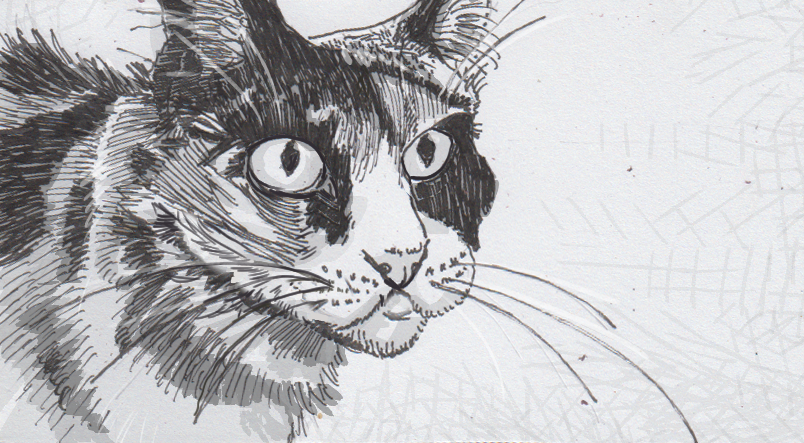 The stripes of a tabby cat, the dark face and feet of Siamese cats, and black and white “tuxedo” patches of Turkish Vans are all thanks to the animal’s genetics. Like the eye color you may have inherited from your father or mother, the cats’ DNA was created as genes from their parents were recombined after fertilization. Calico cats, however, represent something slightly different. The patches of black and red-orange fur stem from their DNA, but how they’re actually expressed is actually thanks to a balancing act pulled off by their RNA.

Everyone’s mother passes down a few hundred genes, packaged as the X chromosome. The genes that come from fathers are a bit more of a surprise, since a sperm cell may contain a smaller, less critical Y chromosome, or a second X chromosome. This means there’s some variation in the number of genes that may be packaged in someone’s DNA, with females carrying many more genes than males thanks to having two X chromosomes. Rather than punish males for having fewer genes, our bodies deal with this by sort of simplifying things to the lowest common denominator. In mammals at least, the answer is to essentially deactivate what would otherwise be “surplus” genes.

The process of deactivation is a bit random though. It takes place not as a person’s genome is first being constructed, but once an embryo has had a chance to grow into a small cluster of cells. At that point, RNA will basically pick a section of “bonus” X chromosome to be deactivated and balance the books. These sections, called Barr bodies, vary from cell to cell though, leading to slightly different instructions on how to build the full body later on. In the case of our calico cats, some of the deactivated genes are related to fur color.

In one of these early cells, the genes for orange fur may be nixed, which leaves the cell genes to grow black fur. In others, the surviving genes will grow orange fur. Since this happens early in the embryo’s development, these different options will be multiplied across millions of cells. Those clusters of either black or orange fur can then produce the distinct markings of a calico cat. Outside a tiny population of animals with Klinefelter syndrome, it seems males will have to settle for some monochrome stripes or socks.