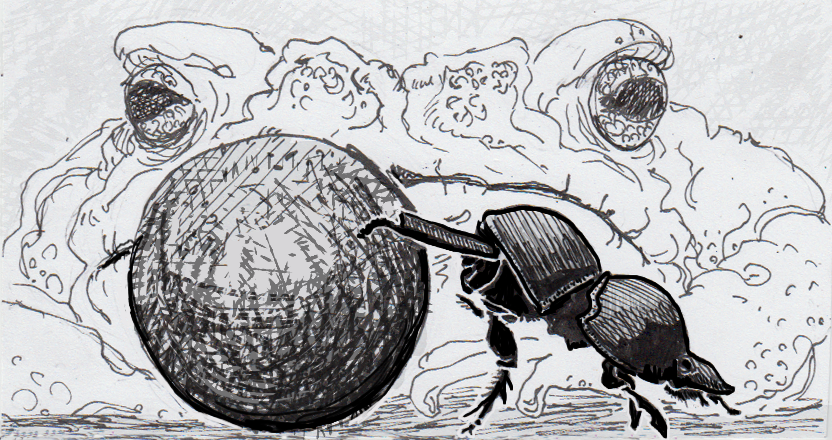 Cane toads protect Australian sugar cane and destroy everything else

Australia’s geographic isolation has allowed for a number of strikingly weird and unusual species to flourish. No where else on Earth is native to creatures like the platypus, cassowaries, or koalas. Thanks to human travel, this ecosystem is not nearly as closed as it once was, with animals being brought from around the world both intentionally and accidentally. However, importing new species has often led to a bit of an arms race as people try to manage creatures that do too well after their introduction.

Cane toads (Rhinella marina) were first brought to Australia in 1935 to help eat cane beetles, which were destroying too many crops on sugar plantations. They were successful in helping protect the sugar cane from the beetles, but with no natural predators, their numbers have grown too quickly. Animals also competing for insects, such as skinks, have since seen declines in population, as they just can’t keep up. The latest problem stemming from the Cane toads is that they’re even decimating other imported species.

Dung beetles were also introduced to Australia to aid human food production. In this case, they were imported in the 1960s to manage the amount of cow poo generated by the growing cattle industry. They’ve been considered a success, helping keep the number of flies and worms down that might be harmful to the cattle. However, cane toads have figured out the dung beetles’ food source, and have started camping out near cow pies, eating up to 150 beetles in a sitting. So Australians are finding themselves with more cane toads, and more cow feces.

Thankfully, the proposed answer isn’t to introduce yet another species. The current plan is to better control sources of water that the toads also depend on. By reigning in leaks and dams, water can be saved and hopefully the spread of toads will be slowed, allowing the dung beetles to rebound.