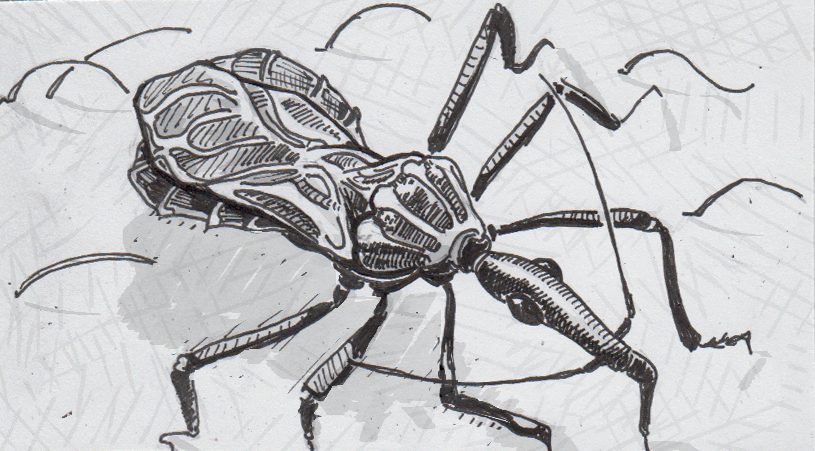 When your living misaligned from your circadian rhythm, you’re likely to feel awful, have more trouble concentrating, and have a harder time learning. As tough as all that is, Rhodnius prolixus, aka, Kissing bugs, take this to an extreme, effectively suffering from regular amnesia during daytime hours. Anything that happens out of their nighttime comfort-zone seems to be wiped clean, as if they’d never learned it at all.

Researchers started narrowing down this neurological limitation by training the kissing bugs to avoid touching heat sources with their proboscis. As hematophagous animals, these insects normally extend their proboscis when they feel warmth, expecting it to be a living food source. They were then met with a slightly painful amount of heat, so as to condition them to keep their proboscis to themselves instead. Researchers then noticed that if the bugs were successfully trained during the day, they would need to be completely retrained 24 hours later. Bugs trained at night didn’t have that limitation, and remembered their training the following night.

New combinations of training and timing were then tested, such as daytime training tested the same evening, or vice versa. Bugs were also trained during the day in darkened conditions, and at night with the lights on, to see if light was somehow impeding the kissing bugs’ conditioning. The pattern that was finally isolated was that training during the day wouldn’t last 12 or 24 hours, regardless of light, but training at night would. It seems that the insects are unable to form or use new memories created during the day.

As extreme as this sounds, it at least meshes with kissing bugs’ lifestyles. The nocturnal insects suck the blood of preferably unconscious animals. The favorite location for such a snack is the prey animal’s face, hence the name kissing bug. Having a favorite location is easier when you can remember how to find it the next night though, so some long-term research is useful to kissing bugs. Researchers suspect that because they don’t hunt for tasty faces during the day, their bodies are saving resources by skipping memory formation in their off hours.

Keep the (parasitic) kisses to a minimum

Aside from better understanding the power and mechanisms of circadian rhythms, this research might have some practical impact on dealing with kissing bugs in the wild. The bugs sometimes carry a parasite that causes Chagas disease, which is transmitted not when the kissing bug is feeding, but when it poos on your face afterwards. Perhaps these rounds of daily amnesia could help us manipulate and the bugs and lower infection rates of this potentially fatal parasite.

My first grader asked: Do their brains just shut down during the day? Like hibernating? They don’t shut down, as they’re able to function and respond to the world around them. They just don’t form new long-term memories. The most relatable explanation seemed to be if she, as a diurnal animal, watched a movie at night and then couldn’t remember the movie at all the next day, but was otherwise normal. Remembering your evenings is more work than you might realize.