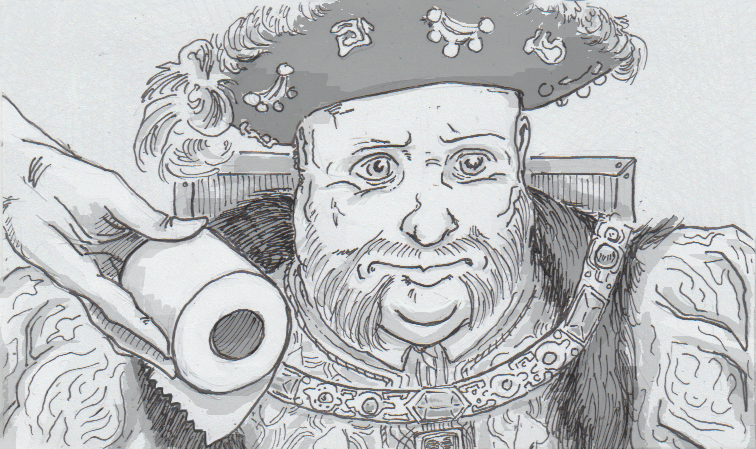 The clout and consequence of working in a royal restroom

For all their power and influence, in certain ways the kings of bygone eras were a lot like overgrown toddlers. This isn’t a reference to anyone particular individual’s demeanor or finicky appetite, but to certain aspects of their lifestyle. While it obviously required many people to help manage a domain and palace, English kings from at least the 1500s were so well attended that they also had people to help them get dressed as well and use the bathroom. To become a Gentleman of the Privy Chamber or better yet, the Groom of the Close Stool was no small feat. While it’s hard to feel glamorous when dealing with another person’s trips to the potty, these jobs actually came to be symbols of power and influence, and were actually the peak of many courtiers’ careers.

Command of the commode

The Groom of the Close Stool wasn’t originally a seat of political influence. It started with the more practical need to assist a king with his personal commode, probably emptying the chamber pot contained therein. This person was also expected to help schedule meals and events so that the King could avoid awkwardly-timed bathroom breaks. To be attentive to a king at all times in this way meant the Groom of the Stool was always near their lord, and the intimacy and trust necessary for such a relationship is where the potential for political influence took hold. By King Henry VII, the Groom of the Stool was basically publicly acknowledged as being a powerful position, and they were even in charge of the “Privy Purse,” advising and guiding the king on economic policy for all of England. These courtiers were rewarded for their reliable support with various other titles, lands and deeds, extending their influence even further.

While Grooms of the Stool were key figures in the Tudor era, their status didn’t hold on forever. Mary and Elizabeth I didn’t want a male attendant, instead opting for the First Lady of the Bedchamber. James I revived the Grooms, but they never regained the title was had begun its decline. The Stuarts apparently couldn’t stop giggling about the name, and changed it to Groom of the Stole, trying to pull the job out of the bathroom and into the dressing room, stole being a reference to heavy and elaborate pieces of clothing. By the time of King Edward VII, the position was finally retired.

Titles outside the toilet

Helping a king with clothing instead of his commode was actually another longstanding and valued position. Various sets of attendants held jobs like Gentlemen of the Privy Chamber, Grooms of the Privy Chamber, and Esquires of the Body. Like the Groom of the Stool, these people had private access to the king, as they helped wake him in the morning, dress him and put him to bed at night. While some of these people were more like staff, others were confidants that gained power through their contact with the king. All of these positions came with certain risks though, and on more than one occasion kings, especially Henry VIII, felt that their Grooms could no longer be trusted. In some cases this meant just being banished from the privy, but in more extreme cases Grooms were even executed for not upholding the dignity and importance of their office.