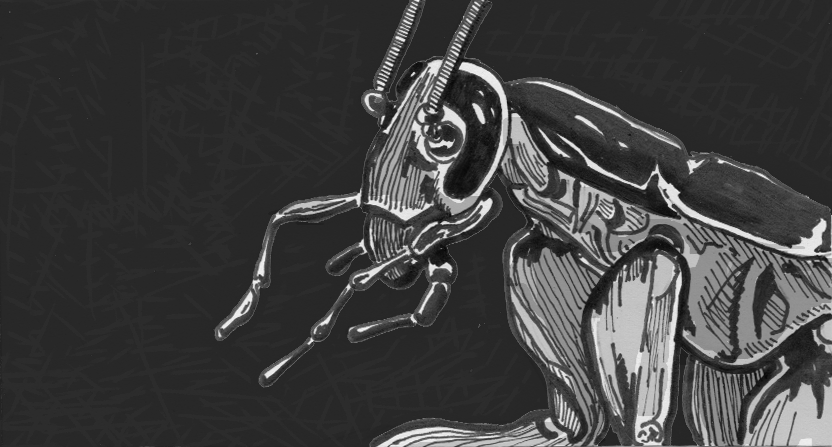 Cockroaches see in the dark by seeing through time

In low light, the cone cells in our eyes more or less give up. We don’t accurately perceive color, and instead rely on the lower resolution images available from the more value-oriented rod cells. But if conditions darker still, we’d be out of options. We wouldn’t be able to see the cockroach still looking up at us.

The cockroach, it turns out, could see us even on a moonless night. Absorbing only one photon every 10 seconds, roaches are able to assemble visual information solid enough to navigate by.

And assemble is a key word there. By placing an electrode in a test cockroach’s eyes and measuring when the photoreceptor cells were being activated, researchers surmised that the roach’s nervous system took the individual photons and put them together in a sort of time-lapse composite image, then acted on that visual information, rather than the “live” photons as they happened, since those provided so little information on their own.

It was not stated if this created temporal distortions, or how sensitive to movement this made the insects.  One would presume though that just as our nerves pool information from multiple rod cells to gather more light at the cost of detail, the roaches pooling information across time must also suffer some drawbacks. Still, after 145 million years of survival, the roaches are clearly getting enough out of their time-lapse night-vision.