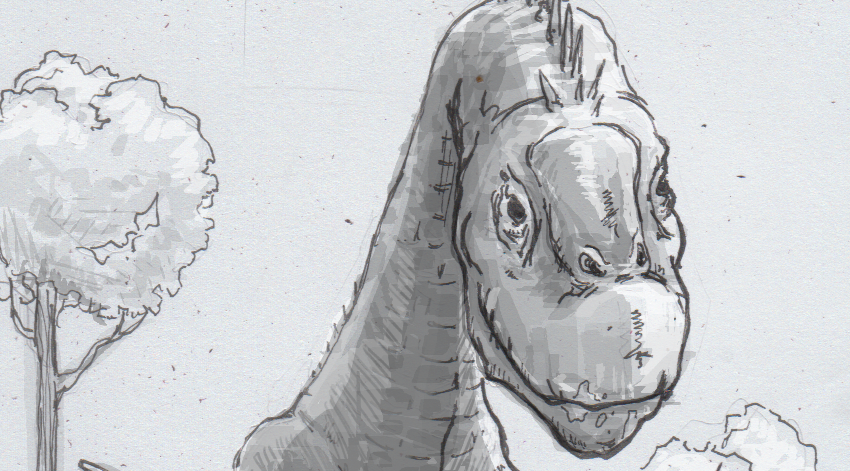 Comparing sauropod skulls for features that enabled their colossal size

Just like your mom taught you growing up, it’s hard to grow up big and strong if you’re not eating well. Paleontologists suspect that this is likely true on an evolutionary timescale too, with the assumption being that for a lineage of animals to get bigger and bigger, something about their diet must be enabling that growth. While we can’t go out and watch a 155 million-year-old Camarasaurus select its dinner anymore, fossils do sometimes capture stomach contents directly, or slightly indirectly in the form of fossilized poop, called coprolites. These forms of evidence are rare though, so a lot of what we know about dinosaur diets instead comes from looking at their teeth, and what their jaws could have done with them.

A recent study looked to compare the evolutionary growth of sauropod dinosaurs. Sauropods are the long-necked giants, like Brontosaurus or Camarasaurus, but they weren’t always quite so huge. Earlier members of the family, like Plateosaurus, were merely 25 feet long, with shorter front legs and necks than their later cousins, which in the case of Camarasaurus could grow as long as 49 feet long, standing on pillar-like legs to support their bulk. To see what role diet played in all this, scientists compared structure and muscle attachment points of the two species’ skull, yielding a better picture of how well each sauropod could bite. 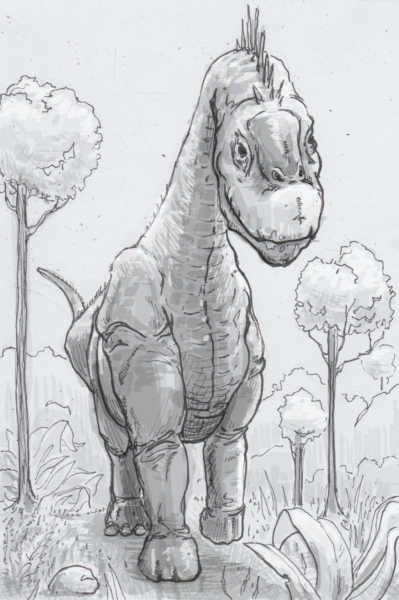 The results of this biomechanical analysis showed how sauropods went from a more generalized mouth to a specialized, plant-raking machine. Plateosaurus had a thinner, longer jaw that didn’t bite especially hard. Instead, was probably good at opening and closing quickly, which suggests an omnivorous diet that would have included a few small bits of prey in need of some quick snapping and gobbling.

In contrast, Camarasaurus‘ skull from around 60 million years later shows a number of specializations for consuming as many plants as possible. The jaw is shorter and thicker, allowing for a much stronger bite force. We often associate bite force with huge predators like Tyrannosaurus rex, but being able to chomp through woody twigs and plants would allow for more flexibility in the flora Camarasaurus was after, which likely included more pieces of tall trees than Plateosaurus was eating. Camarasaurus teeth were also more efficient for raking in leaves, as they fit together in the same way the ridges on your molars do, putting each tooth to better use.

Overall, the two skulls show how adaptations were made from the Triassic to the Jurassic to allow for more efficient consumption of massive amounts of food. If Plateosaurus could eat a little bit of everything, Camarasaurus was clearly committed to some very efficient grazing, bulking up to 51 tons along the way.