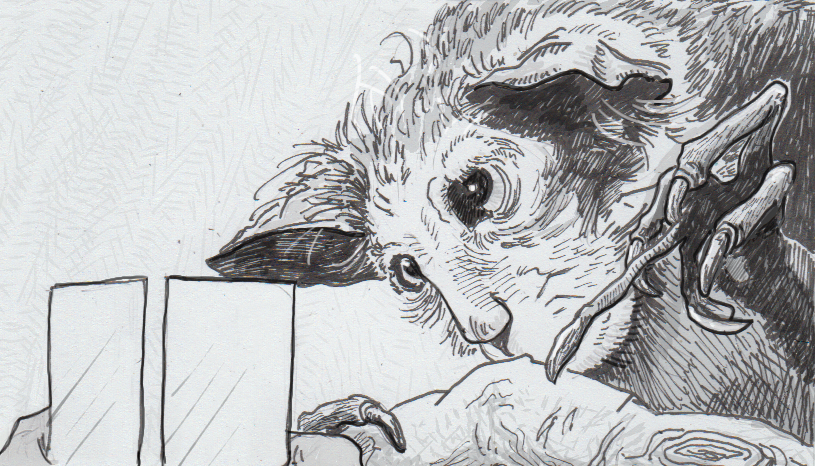 Sometimes to learn about something, you look to see when and how it stops working. That was the premise behind a study of some vision-related genes in a lemur known as Daubentonia madagascariensis, or much more appropriately, an aye-aye. As a primate, scientists knew that it shared common ancestry with humans, and thus might offer insight, ahem, on how our color vision works. Aye-ayes are nocturnal, so the expectation was that they’d likely lost some of their ability to see color, since detecting color in low light is obviously less reliable at night. Discovering the genes that lead to a loss in color-vision might help us understand color blindness in humans. Or it might leave us bribing aye-ayes to point at purple notecards.

No need for color at night

The initial test on the endangered lemurs was just on their DNA, since genes related to vision were already known in humans. Two of the three genes that give us our sensitivity to red, green and blue are transmitted on the X chromosome. In women, a second X chromosome offers a second chance at a working set of genes, but eight to ten percent of men have to rely only on damaged genes, leading to things like red-green color blindness. However, after over a year of efforts, the researches didn’t believe their own results from the aye-aye’s DNA. The genes didn’t show any of the degradation they’d expected to see in a nocturnal animal, instead looking nearly pristine.

Aside from not explaining damage to vision-related genes, these results opened up new questions about the lemurs themselves. A team at Duke University is now trying to see just how the aye-ayes make use of their beautiful genes, if they’re really using them at all. They’re not thought to see the full spectrum we do, but even seeing clear greens, blues and maybe a touch of violet would be more than most nocturnal creatures. The presence of proteins in an eye are one thing, but to see how much the lemurs are really able to differentiate specific hues, researchers are training them to take a color blindness test.

Please point to the purple…

Aye-ayes are not really used to this kind of testing, but as a rare species, the research team has to be willing to be more flexible than the lemurs about this. They started by just trying to get them to respond to a white card being shown to them, and from there, point to a white card instead of a black one. After months of tests and treats, three of the five candidates seemed to pick the white card most of the time, and with more purpose than two aye-ayes who simply always picked the card on their left. The more successful test subjects are now being shown green or purple cards, but it hasn’t been easy, partly because these tests are done in dark lighting to best match the conditions an aye-aye’s eyes are used to.

If it can be confirmed that aye-ayes can perceive greens and blues in the dark, it will likely mean that this has all been more than just a genetic fluke that preserved genes for color vision the lemurs don’t really use. Instead, it might mean that specific food, or maybe threats, stood out better in the night when it looked blue. Or green. Or was just to the left of something else.

Source: Why testing lemur color vision is harder than it looks by Robin A. Smith , Phys.org