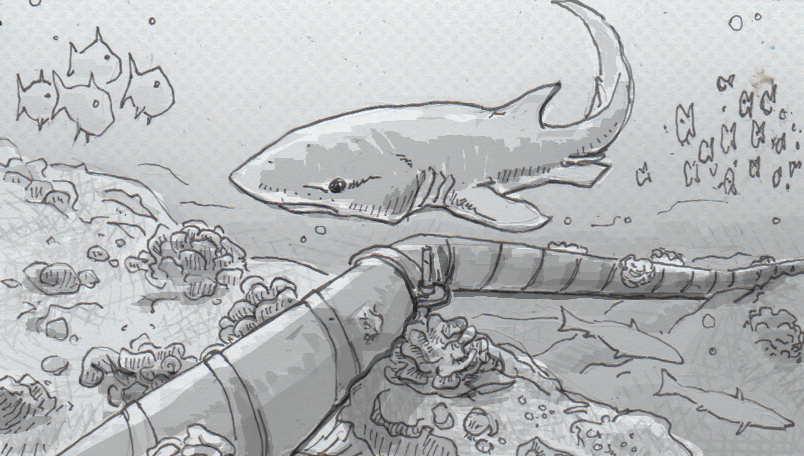 Confirming that fish don’t care much for submarine cables

As much as we’ve come to depend on cellular and wifi communication, if you’re going to communicate across continents, there’s a good chance a huge mass of cable will be involved. This is especially true for sending information across bodies of water, which demanded the first telecommunications cable be laid on the ocean floor back in the 1850s. These days we’re not sending telegraph signals so often, but this doesn’t mean we’ve cut back on submarine cables at all. Fortunately, a batch of recent studies has found that these massive pieces of infrastructure don’t seem to be disrupting wildlife in the oceans, despite the fact that they introduce a variety of signals in the range of fish perception.

Concerns over fish sensitivity to submarine cables first came up in the 1980s after sharks were found to be biting into the cables. Since sharks navigate and hunt by detecting electrical fields in living bodies in a process called electrolocation, the cables were emitting enough voltage into the conductive salt water to confuse the predatory fish. Fortunately, thicker insulation on the cables seems to have been sufficient, and sharks aren’t leaving teeth behind with such regularity.

Beyond electrolocation, many fish have been observed in labs responding to magnetic fields, which raised more concerns about the cables. If the cables emitted a magnetic field strong enough to confuse fish or crab navigation, the cables might unintentionally form a sort of invisible fence in the ocean. Experimental tests involving caged crabs indicated that the crabs didn’t behave differently around powered or unpowered cables. Observations in the ocean found that while there was a measurable magnetic field in powered cables, it only reached around one meter around the cable. The sea life in the immediate vicinity didn’t seem to be reacting, and anything not on top of the cable shouldn’t be able to detect it.

There was one difference noted, and that was a concentration of sea life around the cable compared to open spaces on the ocean floor. However, a test with an unpowered cable turned up similar interest from the local fauna. This might mean that the cables’ biggest impact is as the start of an artificial reef, which probably won’t be a problem, and in some places has required extensive efforts by humans to give animals an attractive piece of real estate.