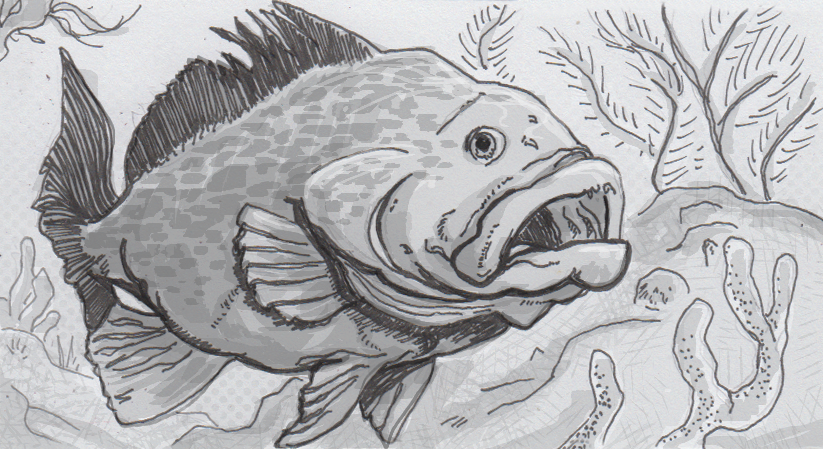 While just about everybody would appreciate it if you don’t pee in our swimming pools, it looks like coral reefs benefit greatly from regular doses of fish pee. Fish waste, and exhalation from gills, helps provide critical nutrients to coral sea plants. Beyond that, bigger, predatory fish are better providers than their smaller brethren, which has important implications for human fishing activity, which tends to target the larger animals the reefs depend on.

A most receptive restroom

Reef dwelling fish feed coral in two ways, both centered around their gills. While freshwater fish expel waste through a urinary pore on the bottom of their bodies, saltwater fish release urine through their gills, which delivers phosphorus to the surrounding environment. At the same time, their gills are also releasing nitrogen, which is also needed for healthy coral reef growth. In cases where human fishing activity lowered the fish populations, coral grew more slowly, with less nutrients being found in water samples. To confirm the fish’s role in all this, varying fish were placed in plastic bags for 30 minutes to see what effect they had on the water quality. In that time, bigger fish were found to deliver a more potent dose of both phosphorus and nitrogen.

This may impact how humans fish for food, if we want to keep these ecosystems functioning. Reefs don’t seem to have a lot of wiggle room in their nutrient cycle, and so every drop of fish pee counts. Since humans generally prefer to catch larger, predatory fish like snapper or grouper, we’re inadvertently removing nutrients as efficiently as possible. With data going back to 1983, it looks like fishing practices around reefs may need to be reevaluated to preserve the necessary amounts of pee.

Predatory fish aren’t the only animals to passively distribute nutrients in their waste. Whale poop makes a huge impact on ecosystems, even extending beyond the oceans where they defecate. Deep diving whales eating squid or other deep sea creatures end up transporting those proteins and other nutrients (including more phosphorus) to shallower depths once they’re digested, making them accessible to a wide array of smaller animals, like plankton and krill. Those poop-fed critters are then digested by fish and even birds that may eventually poop what was once squid protein on land.

These food to waste cycles may seem unappetizing, but they’re a big part of how nutrients have been shared around the globe for millions of years. Sure, you might not want to think too hard about the “you are what you eat” concept here, but it’s often a key way for otherwise isolated populations to have any access to nutrition, as well as a way to keep fish pee and whale poo from piling up too much.