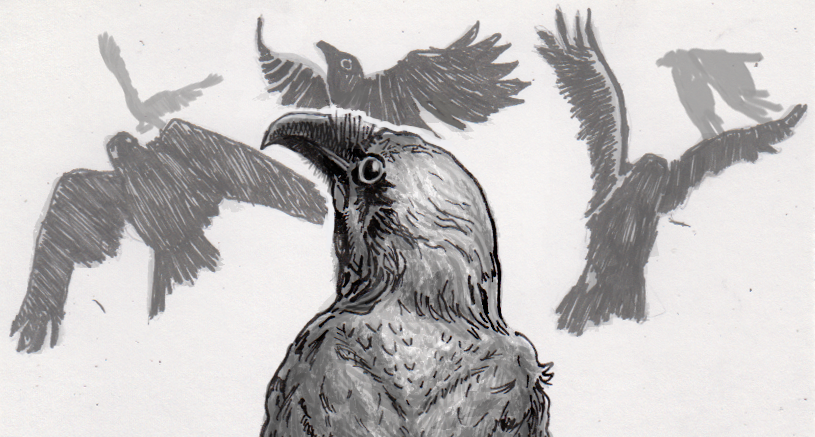 No bird wants to see more corvids move into their neighborhood. Aside from the likelihood that a magpie, crow or raven would outsmart their feathered kin, these birds are also likely to prey on smaller birds and their eggs. As much as that may threaten an individual chicken or swallow, it turns out that the corvids don’t really make a dent in overall bird populations; birds that corvids don’t catch are equally likely to be captured by some other predator. Nonetheless, it seems that some corvids have taken their dangerous reputation to heart, which may be why they attack each other so vigorously when there’s a nest that might need defending.

After analyzing reports from thousands of amateur observers, a pattern became clear in crow and raven interactions. Without any kind of prompt, many of these observers noted how crows would seek out and drive ravens away from their territory, even before the ravens had made any kind of threatening movements on their own. In fact, the interactions were so one-sided that researchers found that the American and Northwestern crows were the aggressors in 97 percent of these interactions. The smaller crows did seem to avoid one-on-one interactions, preferring to form small teams to harass the larger ravens.

The aggression was most likely tied to nesting. Crows were most aggressive during breeding season, although they started to ramp up their attacks in the preceding winter months as well. Researchers believe that this was likely to defend a chosen territory and nesting site, blocking the ravens from gaining a foothold or access to resources anywhere near the crows’ eventual nursery.

Unfortunately, the actual predation of young crows by ravens likely isn’t as conspicuous as a team of crows driving a raven away, and so it’s less clear how much of an impact the crows behavior makes. If the pattern for corvids versus non-corvids holds true, it would suggest that while the crows may succeed in saving their young from the ravens, there’s a good chance some other threat may balance out their numbers nonetheless.

Source: Crows are always the bullies when it comes to fighting with ravens, Science Daily