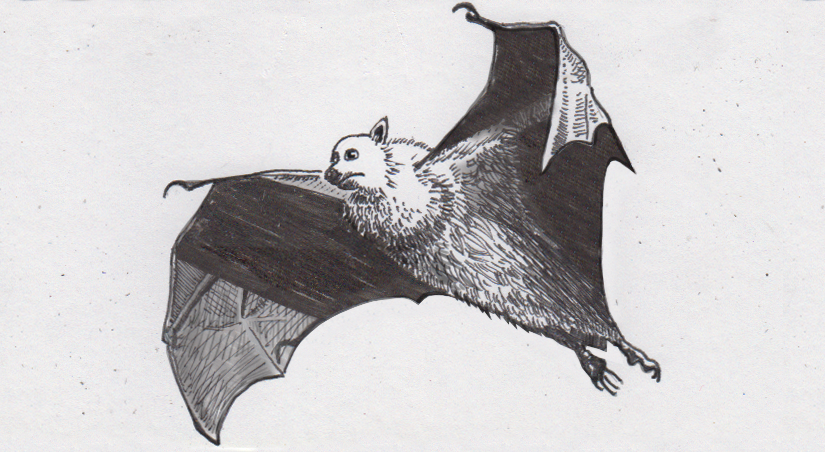 Currency made from fruit bat teeth offers an opportunity for conservation

How much is a tooth worth? It probably depends on who you ask. A tooth that needs saving at the dentist can get pretty pricey, while a baby tooth that falls out might net around a dollar from the tooth fairy. For mammals like giant fruit bats living in the Solomon Islands, a mouth full of teeth may cost them their lives. Traditional practices on various islands use bat teeth as a form of currency, primarily for ceremonial events like weddings. This, along with the large bats’ meat, has led to increased hunting which is now threatening the safety of various bat species. The good news is that the demand for bat teeth may also turn out to be a way to help keep these same species alive.

Hunting bats for protein and profit

As their name implies, giant fruit bats eat fruit and are big. The Pacific flying fox (Pteropus tonganus), for example, can have a three-foot wingspan while weighing a under two pounds. That may be smaller than your average chicken, but it’s big enough to make these bats a target for islanders looking for scarce sources of protein. It also means that the bats grow teeth large enough to trade and even drill holes in for use in jewelry. While P. tonganus aren’t technically endangered yet, they’re one of many species of bat that are hunted on the Solomon Islands without much care for population management or conservation.

Dietary needs are of course hard to ignore, but trading in teeth has certainly raised a few eyebrows throughout history. Solomon Islanders have been using teeth as currency for centuries, with the practice temporarily dropping off in the 19th century, around the arrival of Christian missionaries. The teeth haven’t only come from bats either, as dolphins have also been hunted for their teeth and meat in a similar manner to the bats. These practices saw a revival around 1948, and while younger islanders feel like these traditions are once again on the decline, they’re still significant enough to make an impact on local ecology. Since these bats are key seed dispersers for the islands, any shift in their populations can spell trouble for the plants, and other animals, that depend on them.

Conservationists focusing on fruit bats suggest that the continuing use of teeth may actually be an opportunity. The fruit bats need better protections from hunting, but also from indirect threats like habitat loss where their deaths are simply an unfortunate byproduct of other goals. However, if the bats’ teeth retain their cultural value, than the bats’ lives will too. The hope is that educating people about the bats’ vulnerability will inspire people to protect them as part of preserving their people’s traditions. Banning hunting outright might help in the short term, but it probably won’t make people feel invested in the bats’ continued success on the islands either, exposing them to further habitat degradation. Promoting teeth as tender as a way to save bat lives may seem counterintuitive, but it’s not a terribly far-fetched idea. Other animals, from sharks to pigs, may also stand a better chance at survival if humans maintain our reason to kill some (but not all) of them.

Source: How to save giant tropical fruit bats: Work with local hunters who use bat teeth as money