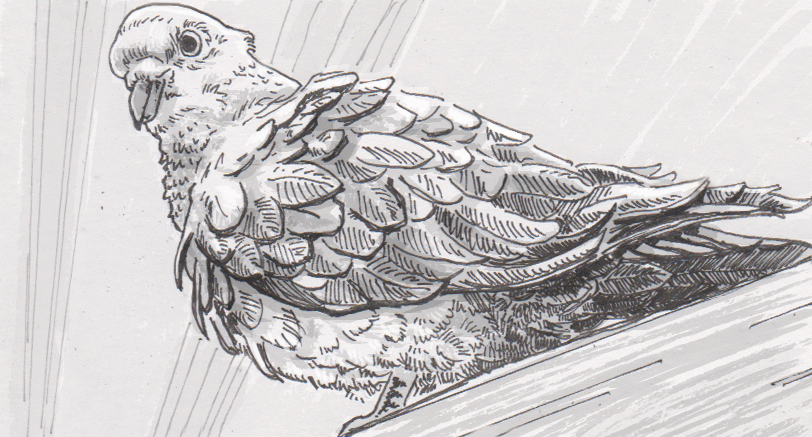 Mammals have incredible, complicated, calorie-hungry brains. Portions of gray matter specialize in everything from counting to memory to detecting what may or may not be a spider in our visual field. Even with all this specialization, our brains are also quite flexible, taking on new tasks if other cells are somehow unable to do their original job. There’s a lot to be proud of in that skull of yours, especially since it’s almost a quick as what you find in pigeons.

Now, pigeons and other birds don’t have all the complex structures you find in mammal cortex, but it hardly seems to slow them down. Crows, for instance, are known to lack the neocortex that mammals like humans use to count objects, but they still handle quantities better than many other animals. This was of interest to researchers, who wanted to figure out exactly how well bird brains measured up to a human’s six layers of cortical tissue.

The head-to-head test specifically looked at how well pigeons and people could multitask. In one round of tests, participants had to quickly switch from one task to another. In this case, the goal was to transition as smoothly and immediately as possible, to the point that one mental process literally took place at the same time as the other. Both humans and pigeons showed some slowdown with this challenge, since brains were juggling twice the amount of work they were comfortable with. The second round of tests was similar, but included an intentional break in the middle of the switch-over to allow brains to end one process before starting the other. Changing focus like that probably doesn’t feel too messy, but requires a bit of back-and-forth coordination between neurons to work correctly.

This is where the pigeon brains really shined. The period of mental coordination to fully switch over to a new task was 250 milliseconds shorter in the birds, meaning their brains were somehow handling this process faster than our more complex noggins. That may not sound like an impressive margin, but considering your brain only needs 600 milliseconds to think of and pronounce a word with proper declension, 250 milliseconds is nothing to scoff at.

Researchers suspect that the pigeons’ edge boils down to something as simple as proximity. Bird brains have been found to be around twice as dense as mammal brains, meaning they have twice the neurons per cubic inch of gray matter that we do. This is probably how birds are able to pull of their cognitive feats without all our brain structures, and as the pigeons demonstrated, do some of them faster. In the case of task switching, the densely-packed neurons would be closer together, and so each synaptic transmission would need to cover less distance. In aggregate, that would add up to a speedier transit time per thought, letting pigeons shift their focus faster than we can.