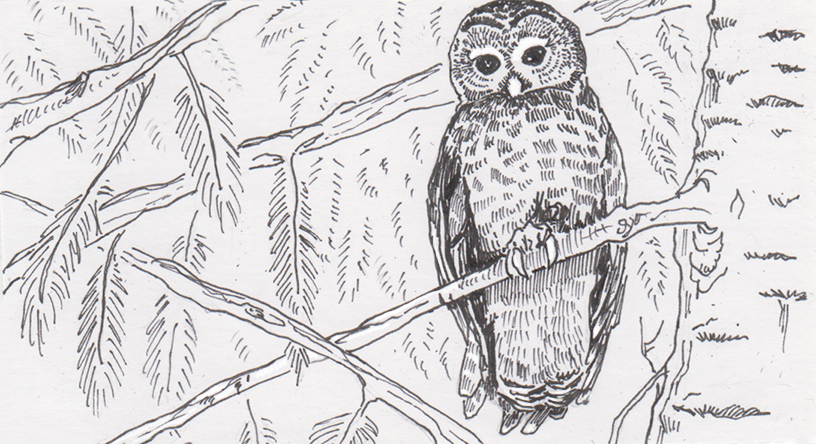 The forests of Northern California have presented a puzzle for conservationists. On one hand, there was a need to protect the dwindling spotted owl (Strix occidentalis) population, making sure they had enough trees in which to build their nests and lay their eggs. On the other hand, dry conditions from long-term droughts posed a large fire hazard for both the forest and human developments. To reduce the risk of large-scale fires, there was a push to thin forests by culling smaller trees, but this seemed to then threaten the owls’ nests. Fortunately, actual measurements were made, revealing that this presumed conflict wasn’t such of a problem after all.

Mapping more of the forest

This isn’t to say that people were completely inventing the idea that owls might be living in the same trees that were being targeted for clearing. The long-standing practice has been to survey sections of forests, usually less than an acre in size, then extrapolate that data to build an estimate for the rest of the woods. This limited survey was done for practical purposes, as budgeting more comprehensive studies of 1.2 million acres of Sierra Nevada forests was simply unavailable.

Fortunately, new tools are making more complete surveys easier. Researchers from the University of California, Davis, the USDA Forest Service Pacific Southwest Research Station and the University of Washington teamed up to improve our understanding where spotted owls want to live, and the size and shape of the forest overall. They collected data from past studies about where the owls are known to live, then took new measurements of those locations with LiDAR, which is essentially a form of sonar with lasers instead of sound. From a plane flying over the parks, 3D representations of each tree heights and density could be measured and compared with other data. Comparing these measurements of the trees against owl locations revealed an exciting pattern in which trees the owls actually frequented.

As it turns out, the owls don’t really care for the shorter trees that were marked for fire prevention. They’ll sometimes roost in the shorter trees that make up the forest’s understory, but they want a tall tree when it’s time build a nest. The spotted owls were actually rather picky, limiting their nesting to areas with trees that were at least 105 feet tall, but really preferring those that were at least 157 feet tall. Any place that didn’t reach over 52 feet was avoided altogether, which is great news for people concerned with fire safety.

This doesn’t mean that every shorter tree can be cleared out of the forest, but it does provide a clear path forward for forest and wildlife managers. Instead needing to make unfortunate decisions about where our priorities lie, it seems that simply getting a more detailed understanding of the owl’s ecology will allow us to have our birds and fire safety too.