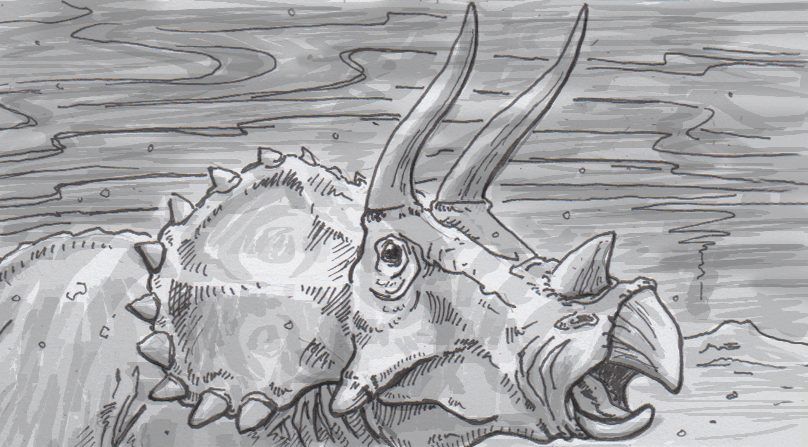 “What if there was a volcano… in our street!?”

“What if all the airplanes in the sky fell into lava?!”

My kids seem to have an certain fascination with doomsday scenarios, and as creative as they may be, they still don’t match what reality is capable of producing. The core concept driving these fantasies seems to be trying to understand the Chicxulub asteroid that wiped out the non-avian dinosaurs 66 million years ago, but scientists are still finding critical details surrounding that event that are more unpleasant and dark than my kids are coming up with. The latest wrinkle in the story is about literal darkness, not just from the initial impact, but the years of smoke and environmental disruption that followed.

The basic story of Chicxulub is probably one you’ve heard before. The massive asteroid hit the Earth, kicking off fires, tsunamis, dust and sulfuric acid clouds. Anything not wiped out in the immediate blast zone would have suffered through choking dust and acid rain, as well as darkness as sunlight could no longer get through the debris in the atmosphere to the surface of the planet. Plants on land and in the ocean then starved with no sunlight, which set off a chain reaction up the food chain.

New data on ancient soot has made another grim addition to the story of extinction though. Soot found at various locations around the world doesn’t seem to fit with the immediate clouds of dust and smoke from the asteroid’s impact. While that impact did kick up soot, those airborne particles shouldn’t have stayed in the atmosphere long enough for this layer of soot to end up where it did. For this burned material to travel to more northern latitudes, researchers suggest that it must have reached as high as the stratosphere, and been released into the air for a long time.

The answer may be oil. Beyond everything that was burned because an asteroid smashed into it, the impact at Chicxulub is suspected of also setting fire to crude oil deposits in the area. With this rich source of fuel, thick, poisonous smoke could have billowed far and wide for years, better fitting researchers model timeline for extinction. It would also allow for stronger cooling effects to be felt in northern climates as the smoke accumulated, while changing the equatorial environments less dramatically. In this way, creatures clustered along the equator, like some crocodilians, were more likely to survive while animals further north would have suffered greatly in the smoky darkness.

Oh, and all this is before you even consider the volcanoes, the lava, and even more fuel for my kids’ lava-filled imaginations.

Source: Dinosaurs disappeared under a blanket of smoke: study by Belinda Smith, Cosmos