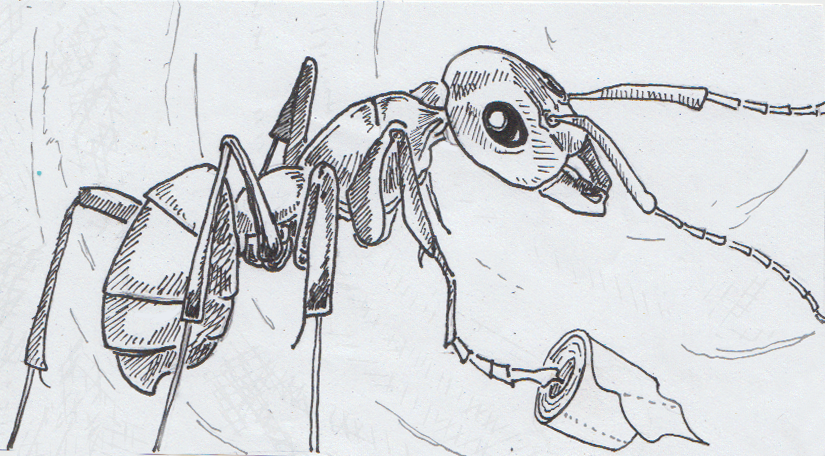 Do Ants Use the Loo?

Ants have a reputation for organization and social structures, so it’s not that surprising that they may also designate portions of their colonies as bathrooms. They wouldn’t even be the first animal to do so.

However, this is really the beginning— why are the ants defecating inside in the first place? Some ants are known to drag their dead outdoors, or at least try to isolate them, apparently to avoid spreading possible contamination. Other insects, like honeybees, remove their waste from their hives. So why are the ants more tolerant of poo in the corners despite obvious pressures to be hygienic?

Early guesses are looking at the possibility of an anti-microbial agent in the frass. Or the waste may be used as a way to recycle nutrition, in which case these corners are actually pantries, not potties.

At this point my daughter asked if the ants pee somewhere special as well. It looks like their urine comes out as part of their solid waste product. So no, they don’t seem to need urinals.