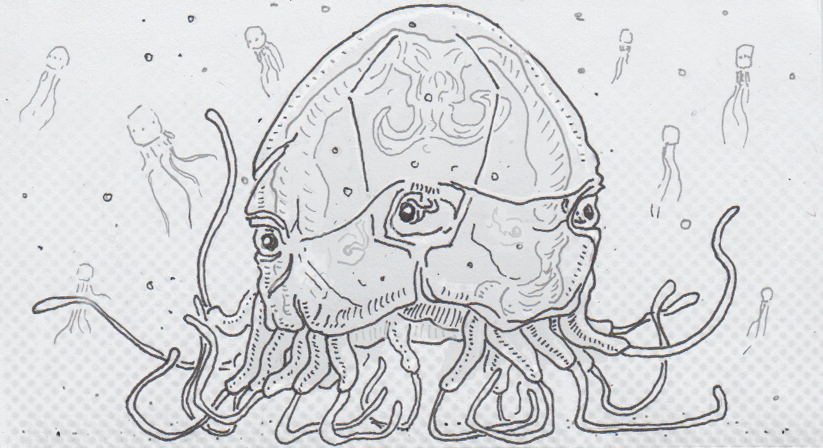 Do jellyfish dream of tentacled sheep?

Jellyfish, as a form of zooplankton, are generally thought to be mindless blobs drifting through the ocean. However, a new study has found the deadly box jellyfish Chironex fleckeri showing a bit more agency than expected, after a tracking study found them… napping?

The jellyfish had acoustic trackers on them, and showed clear patterns in their behavior. They were actively moving during the day, but at night they stopped, flopping on the sea floor, seemingly to rest. They’d move if disturbed, but would then return to sacking out on the sand, only to really awake when the sun was back out.

Sleep has been tied to brains’ internal maintenance, and since these jellies don’t have brains, this behavior is a bit puzzling. They do, however, have 24 eyes, which may be the key to this behavior. One hypothesis is that the eyes take a lot of energy, metabolically, and so it’s best to turn them off at night when the dark makes them useless.

Do eyes exhaust the brain?

The other hypothesis is more tied to neurology again. Eyes are a lot of work for a brain (or nervous system, in the case of the jellies). Sleeping may just be a necessary recuperation period from that bombardment of stimuli. And while this idea could be scaled up easily to explain animals like humans, I’m curious what the sleeping habits of blind animals are as a possible counterpoint.

Source: Zoology Notes 005: The jellyfish that sleeps by Henry Nicholls, The Guardian