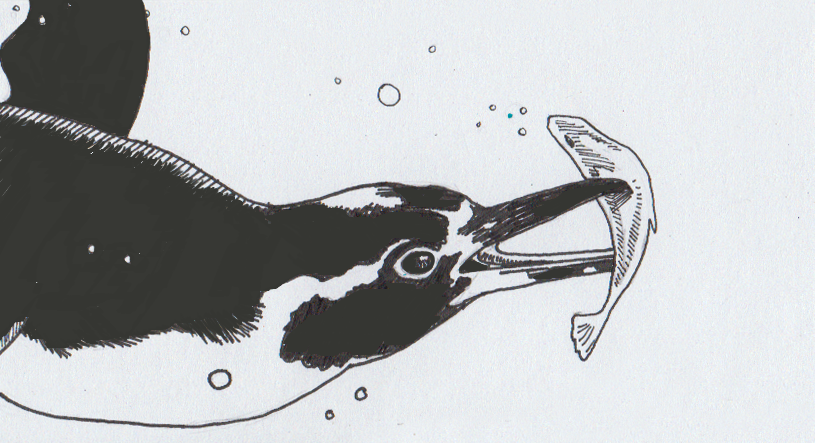 An emperor penguin wouldn’t know, as they basically can’t taste any part of their meal.

Recent studies of penguins’ genes have found that the penguins have lost just about every sense of taste, even the umami of the fish that are the staple of their diet. The mutations disabling the necessary genes appear in multiple lineages of penguins, indicating that this change has been in place for some time and is not likely to be repaired.

But this may not matter to the penguins, really. Since evolution favors dropping any ability or structure that’s not helping an animal survive and procreate, the penguins probably weren’t being helped by umami enough to bother with it anymore. One reason for this may be that at 0 degrees, the taste receptors just don’t work very well, even with normal genes. So why grow receptors that aren’t even dependable when you could put that energy towards, a spiked tongue that helps trap fish in your mouth? At some point, penguin evolution choose the latter. The two concepts aren’t necessarily exclusive, but the spikey mouths found on penguins aren’t especially well suited for taste sensitivity.

Finally, there’s the bigger question of why you’d want to taste anything in the first place. Lots of herbivores depend on their sensitivity to bitter flavors to avoid poisonous plants. We use sour flavors to avoid rotten or rancid food. But maybe penguins can make all their necessary assessments of their food as it attempts to escape being caught. The fish that flees is probably pretty fresh and safe to eat.

Source: Pity For Penguins: They Can't Taste Their Dinner by Poncie Rutsch, The Salt