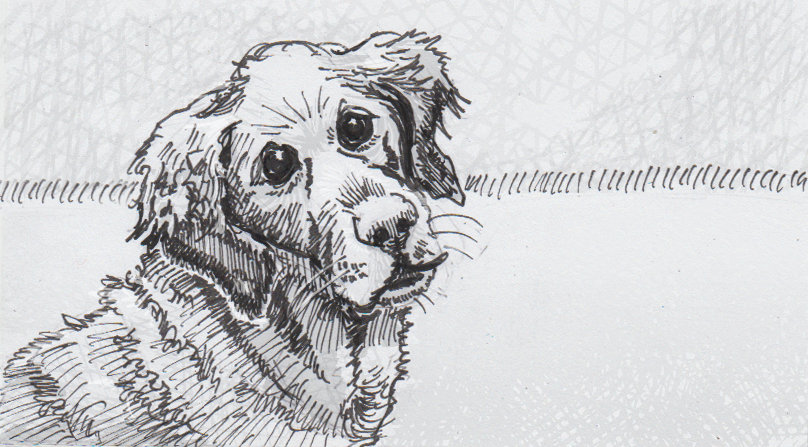 Humans find eye contact to be very important. Whether you’re going on a date, starting a job interview, or staring a your newborn baby, gazing into the eyes of another human helps establish a sense of bonding and relationship. We find it to be so critical, we may have actually helped breed the trait into our dogs.

A gaze that bonds us to babies

To take one of the most intense versions of eye-gazing as a starting point, we’ve known for some time that mothers staring at their new babies experience a release of the hormone oxytocin.  Oxytocin has been linked to a number of emotional states, like loneliness and aggression, but in this case it’s generally a happy feeling of trust and bonding. The baby experiences the same thing, helping solidify the mother-child relationship.

Testing the degree of doggie devotion

Humans like to look at their dogs in a similar way, and it at least appeared that the dogs were reciprocating. It’s tempting to assume that because dog behavior looked like the same intense, emotional gaze from a baby, it actually was the same gaze. But researchers wanted to know if dogs staring at their owners was just a learned behavior, or if it had deeper connections than that.

Do do this, they measured oxytocin levels in owners and their dogs before and after some nice staring sessions. Urine samples then confirmed that yes, both species felt an uptick in their bonding hormones, indicating that the dog was staring back with more interest than just waiting for a snack. This is in contrast to a group of wolves, who, despite having lived with humans their whole life, providing a similar amount of human interaction and familiarity, did not show an increase in oxytocin. They were also less interested in eye contact in general.

This contrast with wolves indicates that, among the variety of other traits humans have selected for in domesticated dogs, we’ve also bred our pets to be more bonded to us. Which isn’t a shock, since we’d probably want the puppies of a dog that we felt liked us more than the one that seemed disinterested. At this point, these bonds are quite striking, leading to very loyal pets and very loyal dog owners as well, even at the cost of other humans.

My kindergartner asked: Did the humans looking at wolves have an uptick in oxytocin levels, even if the wolves didn’t? I initially guessed they would, but it turns out they didn’t. Maybe the wolves weren’t showing enough interest to start the feedback loop?

The other question for the evening was if this oxytocin-based-bonding happens with cats. Even as a ‘cat person,’ I’m not surprised to find that no, cat’s haven’t shown evidence of this kind of bonding. The human might experience some increase in oxytocin production, and decrease in stress hormones, but I couldn’t find mentions of cats feeling the love in their brains in quite the same way.