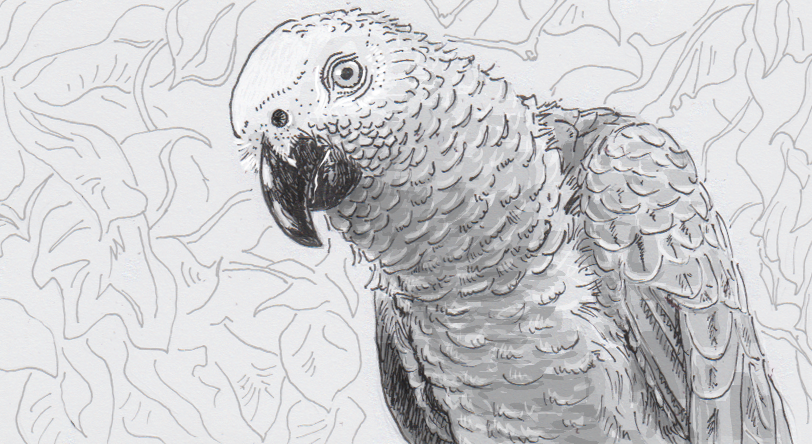 Double-density brains may be secret to birds’ smarts

For the longest time it’s seemed like birds were somehow cheating. While some species, like crows or parrots have relatively larger brains than others, their cognitive abilities still often seem to exceed what you would expect from a mammal with a similar cranium. On a literal head-to-head basis, birds are somehow punching above their mental weight-class, leading to strange hypothesis that their brains are somehow “wired different” from mammals, allowing them to do more with less. But now, for all their facial recognition, problem solving and basic math, we’ve caught them, discovering exactly where they where in their heads they were hiding all that brain power.

It was in their brains.

It was just packed very tightly in their brains. In the past, most measurements of a bird’s brain were measures of aggregate mass— we could weigh a pigeon brain, get the circumference of a emu brain, but we didn’t understand how many neurons were actually there. A new study surveyed a variety of species, and found that the neurons in bird brains are packed very densely together, allowing more brain cells in the same-sized skull. While the number of brain cells may not be a direct physical measurement of IQ, more brain cells generally allow for more complex calculations, especially those found at in the forebrain, like our cerebral cortex, or in birds, the pallium.

In birds like crows and parrots, which are often noted for their mental prowess, the pallium actually occupies a higher proportion of the brain than the cerebral cortex does in many primates. The neurons are packed around twice as tightly as those found in primates, and as much as four times as densely as in the brains of rodents. To make this all work, the brain cells are generally smaller, and mostly make very localized connections. A few cells grow larger to reach other areas, and at this point it’s unclear if there is any disadvantage to this arrangement.

What spurred the scrunched cells?

While the advanced cognition that’s likely made available from double-density brains seems like an obvious benefit, researchers are actually wondering what pushed birds down this evolutionary path. One possible pressure for tiny neurons may have been flight. A smaller, sleeker head would be easier to get off the ground, and thus provide an advantage over a bigger noggin. But if these dense brains predate flying birds, it begs the question of if mammals selected for our looser brain structures for some reason. And more importantly, it means we need to revisit the idea of super-smart dinosaurs, and should possibly stop making fun of Stegosaurus so much.