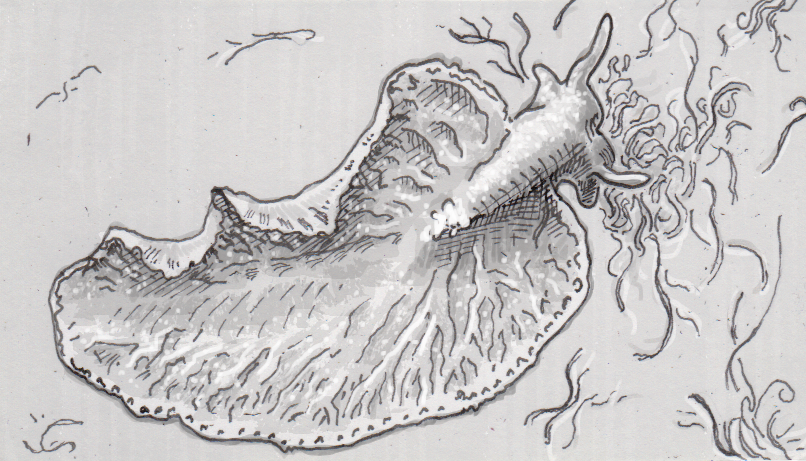 As cool as it is that our bodies can transform something like a scoop of ice cream into energy, it’s hard to not be a little jealous of plants’ photosynthesis. Rather than wait for a plant to grow to feed a cow to produce milk to produce milk that we can eat, plants can cut out the middlemen and essentially feed themselves directly from the Sun’s energy. Some animals have come up with ways to get in on this incredible diet, but they generally need a middleman, like symbiotic algae, to make it work. However, the eastern emerald elysia sea slug (Elysia chlorotica) seems to be innovating on this concept, pushing itself closer to becoming a truly solar-powered animal.

Harvesting algae instead of hosting them

While a creature like coral will turn make its body a home for living algae, E. chlorotica has opted to harvest the plants instead. The slugs target Vaucheria litorea algae, which have a notable lack of cell walls between their neighboring cells. This results in a tube-shaped organism with nuclei and organelles floating loosely inside each algal stalk, all of which is terribly convenient for a hungry slug that wants to acquire those organelles.

When E. chlorotica eats this algae, its digestive tract somehow sorts out the different types of cell anatomy. Most of each algal cell gets digested like any other food. The algae’s chloroplasts, however, are extracted and moved to the slug’s skin where they are maintained as if they were native to the slug’s own anatomy. This can only be accomplished because the slug has apparently borrowed some genes from the algae, allowing it to produce the proteins necessary to keep those light-harvesting organelles happy. It’s a considerable amount of specialization, but the payoff is that an eastern emerald elysia slug can then go for months living off the energy produced by photosynthesis alone.

Obviously, this isn’t a casual relationship between the slug and the algae. The number of adaptations needed to harvest and maintain chloroplasts is significant— the slug has seemingly traded hosting plants in its body for becoming more like a plant itself (right down to a leaf-like appearance!) However, the fact that the slug can be fed without a symbiotic relationship with algae has raised hopes about new ways to harness solar power. If the slug’s particular recipe of chloroplast regulation can be copied, we may be able to build plant-like machines that don’t need an actual plant to power them.