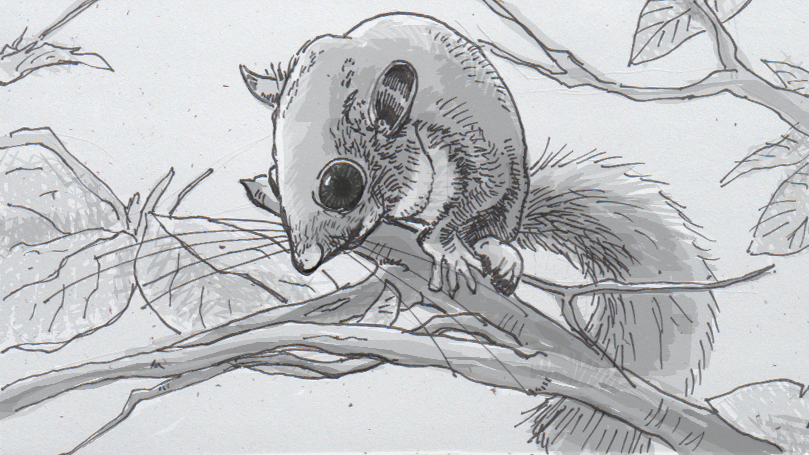 If youth is wasted on the young, edible dormice seem to be the one animal taking it back. The small, nocturnal and apparently tasty rodents have been found to have very unusual activity around their chromosomes that may slow their aging. This boost to their cellular regeneration not only helps them live longer lives than most rodents, but may also give them the energy needed to raise the majority of their offspring in their golden years.

Dealing with damage to DNA

The mechanism scientists credit edible dormice’s (Glis glis) longevity to concerns structures called telomeres. Telomeres are special sections of nucleotides that sit at the end of each of all organisms’ chromosomes. They act like protective caps on each strand of DNA, keeping it safe when it unwinds to copy itself when a cell is dividing. However, each time the cell divides, the telomeres get shortened, until eventually they’re used up and the cell can no longer copy itself. In effect, they’re the clock that controls when a cell is old enough to finally die out, which impacts how an organism shows symptoms of aging. In creatures with shorter life spans, telomeres are generally consumed much more quickly than in animals with long lifespans. Except, of course, with edible dormice, who seem to cheat the whole system.

In a long-term study of dormice, cheek swabs revealed some very strange activity with the animals’ telomere lengths. Rather than gradually decrease throughout their lives, the telomeres actually seemed to start regrowing around age six. What’s more, they actually replenished themselves faster as the dormice aged. While edible dormice do hibernate, the telomeres’ growth rate didn’t seem dependent on the time of year, body size or sex of the animal. Food needed to be readily available for telomeres to grow, but a lack of food induces a number of stresses on an animal’s system could cause damage as well.

The one clue about these youthful chromosomes is that these rodents generally reproduce more when they’re older, providing the evolutionary pressure that spurred this reversal in chromosome maintenance. To prepare for physiological stresses like gestation and lactation, which can contribute to oxidation that damages telomeres in all species, it’s possible that edible dormice’s DNA gets a bit of a do-over. In a way, it all means that for edible dormice, 8 really is the new 2.

Source: Edible dormice: The older they get the more they rejuvenate their cells, Scienmag