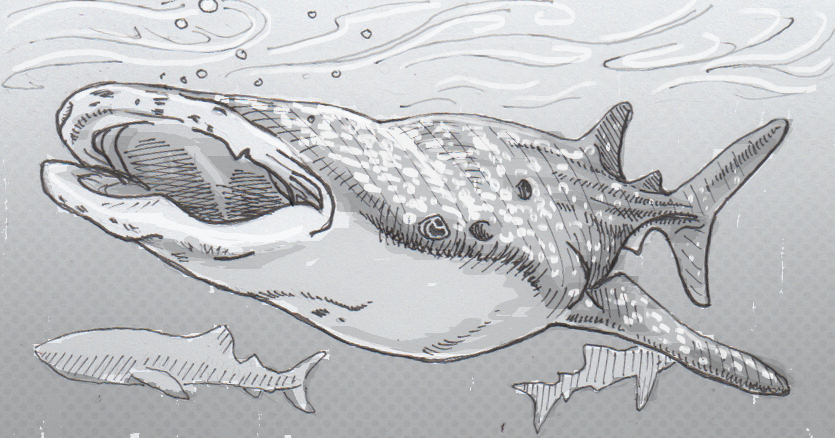 There are a lot of fish in the sea, but then again, there’s a lot of sea, too. If you’re looking for a rare fish in a big area, there’s a good chance you’re not going to spot what you’re looking for. Fortunately, environmental DNA (eDNA) may enable to you look for identifiable traces of an animal in a sample the size of a bucket or two. With this new technique, searching the seas is becoming easier than ever, no boat required.

Just as your skin and hair cells contain your unique DNA, fish and other marine life can be identified by the scales, urine, mucus or other bits of their bodies they leave in the water. With as little as one liter of water (or sometimes more), scientists can isolate and sequence the DNA of any animal that had been near the sampled area. In a controlled test of this technique, researchers were able to accurately identify every species of animal living in a deep-water tank at the Monterey Bay Aquarium. A follow-up pitted eDNA against trained divers surveying part of Monterey Bay, resulting in divers finding one more fish species, but missing half the invertebrates found by genetic sampling.

Beyond these tests, eDNA is helping find otherwise rare fish in the field. Alabama sturgeons (Scaphirhynchus suttkusi) are critically endangered sturgeons that live in the Alabama river. The last known individual lost its tracking tag in 2009, but researchers needed to know if any of the fish still survived. Persistent tests eventually turned up with 18 positive DNA samples, confirming the fish’s survival and helping narrow the possible locations to find a sturgeon in the wild.

In a slightly different scenario, researchers off the coast of Qatar started with a sighting of a school of whale sharks (Rhincodon typus), and then used eDNA to survey their family tree. By looking for patterns in the genes of the sampled sharks, researchers were able to estimate the number of breeding female sharks in the Indo-Pacific whale shark population. That number, close to 71,000 females, is supported by estimates derived from separately obtained tissue samples. Aside from confirming the population of these impressively elusive fish, these findings indicate that eDNA samples are a fairly reliable method to find out what’s in the water. The fact that diving, trawling or other more invasive activities aren’t needed should make surveying the ocean much more practical, as long as you have access to a bucket.

Source: How scientists use DNA to spy on whales and find 'extinct' fish, Phys.org