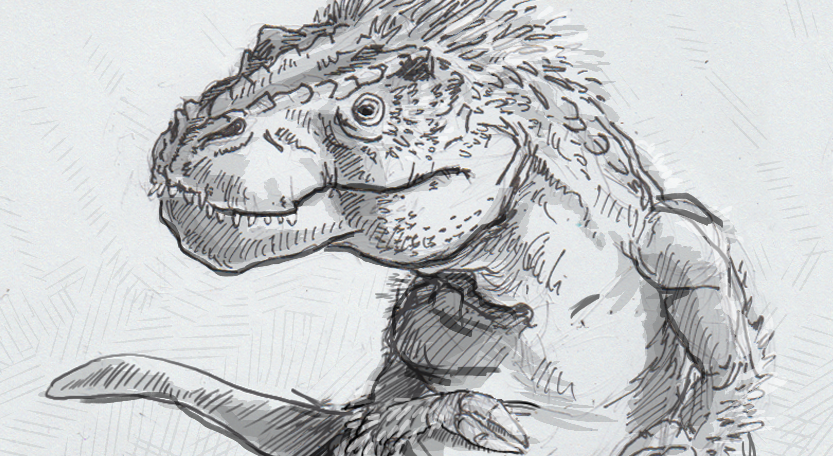 A problem with fossils is that without seeing some particular soft tissues intact on a body, it’s hard to know if any skeletal traits are discrete to male or female animals. While we suspect that, like many modern birds, some dinosaurs may have been sexually dimorphic, we haven’t had clear starting points to know which skeleton was which. Fortunately, producing egg shells requires support from a mother-to-be’s bones as well, and a Tyrannosaurus femur may have not only identified a potential mom, but also laid out a technique to look for other pregnant dinosaurs as well.

The hard shells on reptile and bird eggs is largely thanks to calcium, and that calcium is often donated from the mother’s bone tissue. In reptiles, this bone might be donated from bone in the mother’s back, but in modern birds, this calcium is wrangled up from a kind of tissue called medullary bone, found in the centers of other bones. Shortly after the mother is finished producing the eggs, this medullary bone goes back to normal, so it’s not a common find. It does have a certain signature to it though, being denser than normal bones, and scientists were able to use it to prove the sex of a Tyrannosarus rex found in 2000.

While the broken femur of this specimen looked like it had medullary bone in it under a microscope, Mary Schweitzer wanted to make sure that that was really what they were seeing. Some diseases, like osteopetrosis, might also account for such a structure, so the bone’s chemistry was then tested by monoclonal antibodies. These antibodies were selected to only bind to keratan sulfate, a protein known to be a component of birds’ medullary bones. Once the antibodies found the keratan sulfate in the T. rex femur, they were also employed to check some bones from pregnant ostriches and chickens as a control measure.

While we obviously suspected that dinosaurs laid eggs, this does confirmation may give us a new way to identify female specimens. Since medullary bone is only present during and shortly after eggs are being laid, it’s still not likely to turn up terribly frequently in fossils, but when it does it will be a reliable marker of a dinosaur’s sex. Once more moms are found, paleontologists will be able to start looking for patterns in other parts of their skeletons that will hopefully reveal traits unique to females. Building that data set will be slow though, partially because seeing the inside of a bone isn’t always easy if you’re not happy to have it broken. That said, this T. rex is actually the third confirmed Mesozoic mom, after an Allosaurus and Tenontosaurus, so we might not have to wait too long for more maternity shots after all.