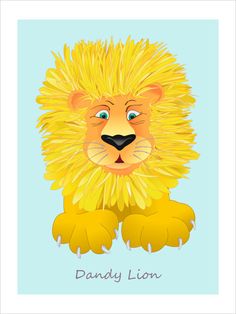 Embracing the numerous nutritional benefits of dining on dandelions

Most kids I know can’t resist picking dandelions from the grass, especially if they’re ready to have their seeds blown into the wind. I’m thinking that it might be worth encouraging the kids to pick them earlier, not so much to avoid spreading the seeds of this unwanted “weed,” but because they’re supposedly much tastier when they’re younger. It’s probably wishful thinking that the average, vegetable-averse first grader would go for it, but if they were to eat just a bit of dandelion, they’d actually cover a number of their nutritional needs for the day.

While cartoons have implied that dandelions are named after the golden “mane” you might see in their flowers, it actually comes from the nutrition-packed leaves, which reminded people of lion teeth. The leaves can be a bit bitter, but they carry an amazing amount of fiber, protein and vitamins A, K and C, making it worth it to find a salad or saute that agrees with your palate. This is on top of using the flowers as a digestive tea, or roots as a caffeine-free coffee substitute (although that one… why?) Many of these recipes and medicinal applications have been known for a long time, but these days there’s a catch to eating the dandelions in your yard, which is that most Americans don’t want them there in the first place, and may be coating them in weed killer, meaning they shouldn’t be ingested at all.

Why are they weeds?

Growing up, we were told dandelions were weeds, and that as satisfying as it was to blow their seeds into the air, we should avoid doing so to keep their numbers down. With all the nutritional benefits, the concern with dandelions wasn’t with how they affect people (unless you’re allergic to ragweed,) but the flower’s impact on our lawns. The sun-loving flowers love a nice, short-cut lawn, which means they want to grow right where we’re looking to create an outdoor plant carpet. Dandelions have also carried a bit of a stigma for being associated with poverty in the Great Depression, when a dandelion salad became a way to avoid starvation, and thus not something you’d choose to eat.

These concerns may be fading. Dandelions can be bought in farmers’ markets and grocery stores, although they can now be pricey enough when prepared as greens that you’d be better off giving up a chunk of lawn to grow your own. Just make sure you know if any herbicides or pesticides have been used before eating them. Or sending your kids out after them.