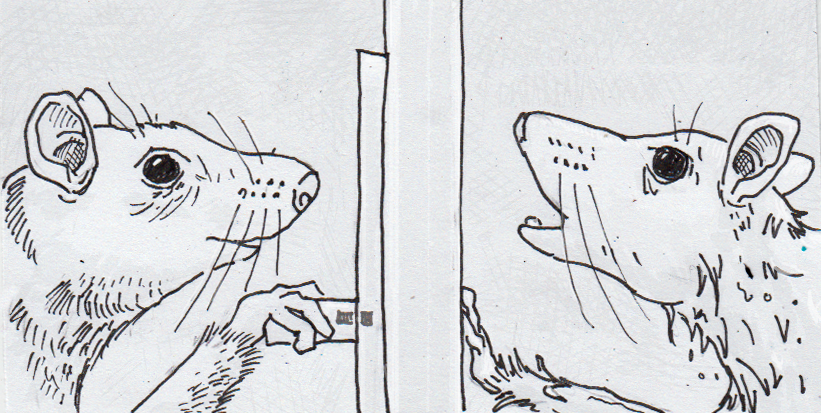 The next time you’re in trouble, hope that your friends are as sympathetic and helpful as a rat. Recent experiments looking at rat behavior showed that these rodents are not only capable of empathetic behavior, but seem to have a strong predisposition for it, helping each other out of troubling situations with next to no hesitation.

The tests placed rats in a clear box with a dividing wall in the middle. One side of the box had a couple inches of water in it, the other was try. The wall then had a rat-operable door, that could be opened only from the dry side. Rats were placed in both sides of the box, which was fine for the dry rat, but extremely distressing for the wet rat, as rats would apparently really prefer to remain ‘dirty rats’ in the most literal sense possible.

The dry rats could witness this distress, and consistently acted to free the wet rat, almost immediately. Their reaction time was even faster when they had previously been a wet rat themselves, indicating that they remembered the experience, and therefore didn’t want their neighbor to experience the same thing. The final escalation was to put food with the dry rat, making it demonstrate what it viewed as a priority— its stomach or its unhappy colleague. Even at the temporary delay of their own gratification, rats consistently helped the other rat first, sometimes even sharing the food after the rescue.

As a control against rats that just really enjoyed playing with the door, some rats were placed next to dry neighbors, which led to very little interaction. There was no distress and so the rats in charge of the door didn’t seem to care about opening the door.

There’s more to this than knowing that rats can care for each others’ well being. Empathy is actually a very tricky thing, and takes years to really develop in humans. Since we’re already pretty familiar with rat brains, knowing that they can display this behavior will give us a good set of tools to learn more about how empathy functions in the brain.