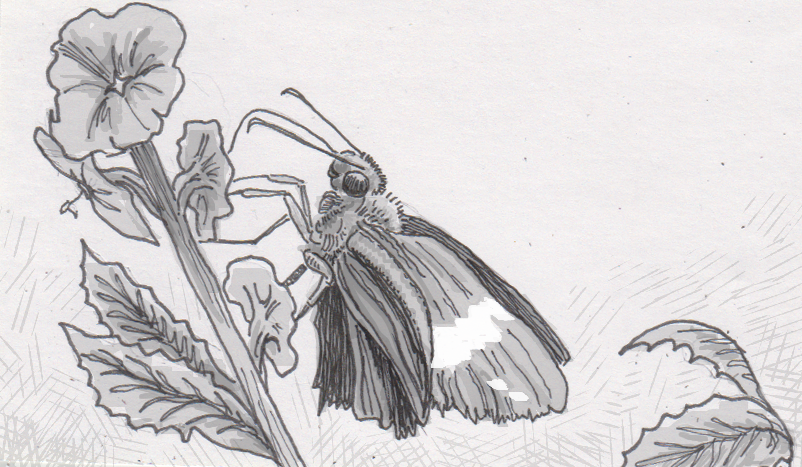 Engineers look to Lepidoptera for lessons on manipulating light

Butterflies and moths are masters of light manipulation. Their bodies have evolved specialized structures that allow them to reshape light in ways we can, at this point, only envy. Researchers are doing their best to emulate them though, building new materials based on molecular structures found in these insects’ wings and eyes. With any luck, we’ll soon have new ways to bend and trap light, improving everything from the ways we cool our buildings and stare at our screens.

Skipper butterflies in the family Hesperiidae might not have the saturated oranges or blues of other species, but small flecks of white on their wings have been catching researchers’ eyes. As with blue, there’s no pigment that makes the wings white. To send white light to your eye, the butterfly’s wings are instead covered in tiny scales that are bent or twisted at different angles to control how the light is refracted. The angle of each scale then plays a role in the color produced, which can apparently be manipulated in a why a static pigment can not.

In the case of skipper butterflies, the white dots on the outside of their otherwise brown wings can display more than one color of white. Close examination found that these spots seem to be a key signal to other butterflies, and their wing scales can control just how reflective or dull the white appears. The degree of control can even very between being dependent or independent on the viewing angle of the wing.

This kind of control would be great to build into various technologies, starting with glass and paints. Since white light is made up of all the colors from the visible spectrum, reflecting white light is a good way to keep sunshine off an object. People in hot climates often paint roofs white to try to keep buildings cool, a strategy that could be greatly enhanced if the paint could incorporate some of butterfly scales’ light-bending properties.

Sometimes reflecting light isn’t what you’re looking for. In those cases, moth eyes may provide a good model for how to bend light in order to trap it. Moths evolved specialized structures in their eyes to help keep them from reflecting ambient light at night, which might make them visible to predators. Human eyes really only experience this a problem when a camera flash goes off, but the underlying principles may be very helpful in the design of LCD screens, like those found on your phone.

When light hits the glass of your phone, some of it is reflected back at your eyes. When it’s coming from a source brighter than the screen, like direct sunlight, it can overpower the image the screen is trying to show you, leaving you nothing to see but glare. To compensate, devices crank up their screen brightness, but that takes a lot of power, draining your battery faster. With a moth-inspired film on the outside, the sunlight wouldn’t be reflected, and the screen could remain dimmer without a problem. Engineers are hopeful that this will be available to phone manufacturers soon, but some issues like durability are still being worked out. For all their subtle ways of controlling light, moths and butterflies aren’t the most rugged insects out there.