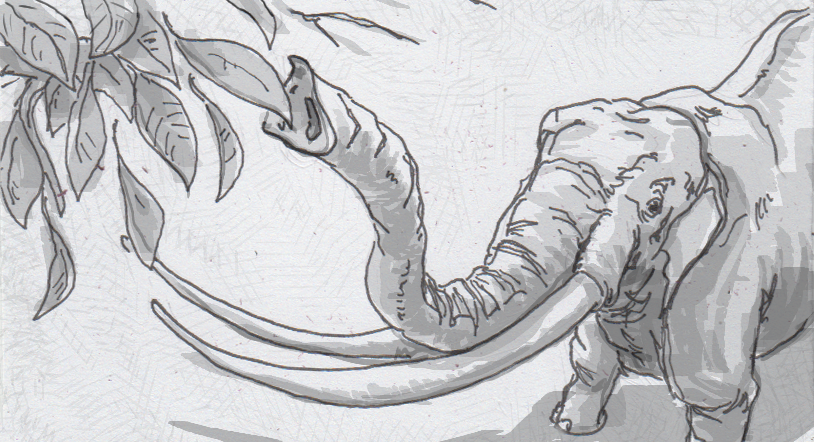 We’ve all heard the importance of variety in our diets, but for some creatures it appears that narrow diets may have been fatal. Researchers looked into the food preferences of some ancient, and extinct elephant lineages to figure out exactly what was on their menus, and see how that fit in with their survival. These examinations weren’t done though digested, fossilized food or coprolites, but rather the dietary record left in the animals’ teeth.

The three elephants in question were Sinomastodons, Stegodons, and Elephas. These were not distant, primitive animals, as with the former going extinct as recently as 4,100 years ago, while the latter survives today as Asian Elephants (Elephas maximus). They were all recognizably “elephants,” but very close examination of their massive molars revealed a few key differences in their ecology.

A tale told in teeth

To really understand what these ancient elephants were eating, sophisticated dental molding techniques were used to gather very precise copies of the microscopic scratches and nicks in the fossilized teeth. Those copies were thoroughly examined for marks even a thousandth of a millimeter in size, at which point they could be compared to scratches on modern herbivores whose diet we are already sure of. This analysis revealed that the two extinct lineages, Sinomastadons and and Stegodons, were both picky eaters, only dining on leaves from trees, while Elephas was happy to include leaves, grass and other plants in its menu.

When compared to data about plants in southeast Asia in the last few million years, it appears that the two extinct elephants must have originally competed with each other. Eventually, Stegodon’s more advanced molars likely allowed for more efficient eating, helping push Sinomastadon to extinction. When Elephas arrived in the region, the two groups could coexist without competing. In the end, Stegodon died out around the same time as many other Pleistocene megafauna, leaving Elephas to continue munching on anything it could get its trunk on. So while specialization helped Stegodon for a while, versatility proved to be the more durable strategy.